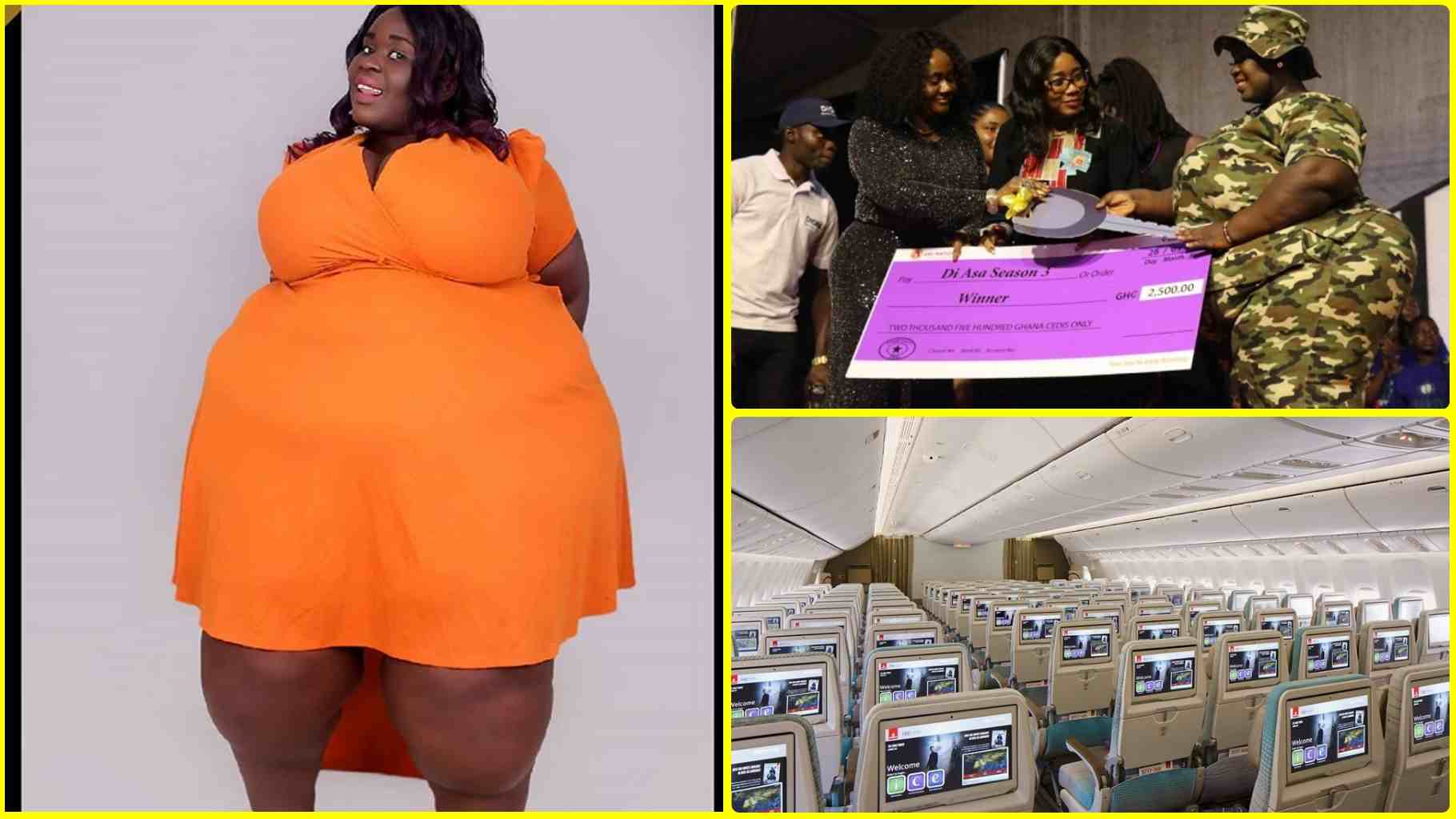 Winner of Atinka FM’s plus size women reality show, “Di Asa”, Precious Mensah, also known as PM, was reportedly kicked out of Emirates Airlines’ plane to Dubai because of her size.

According to reports, PM wasn’t allowed to board the plane to Dubai because her body size is bigger than a single economy class seat in Emirates Airlines’ flight.

She was the biggest plus-sized among all the 47 women that were hosted into the ‘DI ASA house for three months. She went home with a brand new Hundai Elantra.

PM, and two runner ups, Maafia and Gaza had a package of making a sponsored trip to Dubai as part of the prize for emerging as winners.

Sadly, PM couldn’t make the trip despite successfully checking in her luggage in person, while Maafia and Gaza, did.

It was also reported that a few minutes before being denied boarding, PM expressed her excitement about the trip.

In her last interview with Atinka TV, PM had high anticipations.

“I’ve heard of the tallest building and an exceptional fountain. I want to see and learn about them. I also want to go and study the culture of Dubai and a host of others,” an elated PM said.

PM was left disappointed and sad, but she had no option than to return home.