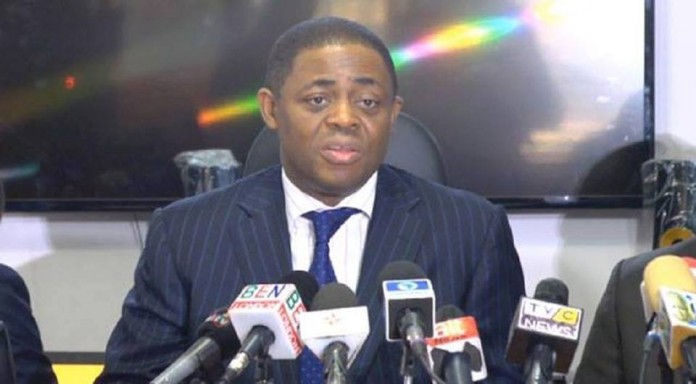 The Minister of Aviation under the Goodluck Jonathan administration, Femi Fani-Kayode, has described the governorship election in Kogi State as a daylight robbery against the Peoples Democratic Party.

The Independent National Electoral Commission, on Monday, declared the governorship candidate of the All Progressives Congress, Yahaya Bello as the winner of the November 16 election.

The state returning officer, Prof. Ibrahim Garuba had declared the APC candidate the winning having scored 406,222 votes to defeat his closest rival, Musa Wada of the PDP who scored 189,704 votes.

Prof. Garuba declared Bello the winner of the election having scored the highest numbers of votes during the governorship election.

The former minister condemned the result announced by the electoral body.

Fani-Kayode who took to his Twitter account stated that the PDP’s loss in Bayelsa State was self-inflicted.