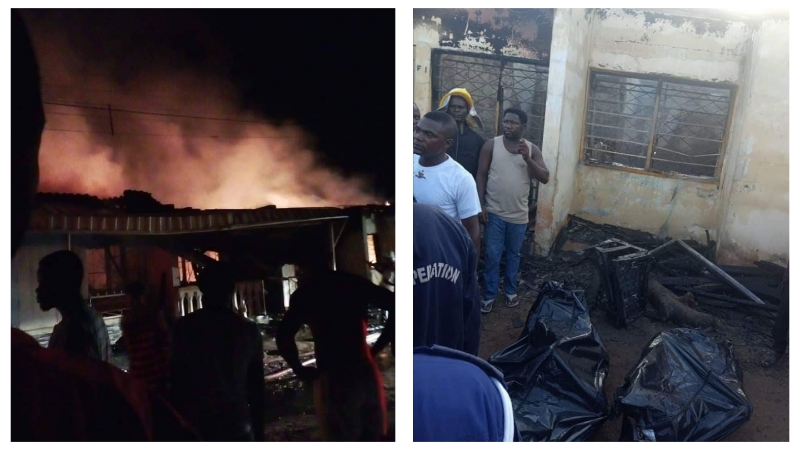 Tragedy struck in Quararafa Quarters Makurdi at the residence of the acting Permanent Secretary, Ministry of Science and Technology as fire razed the building leading to the death of the Permanent Secretary and his family in the early hours of today, November 18th.

This was disclosed via social media platform by a facebook user named Ukan Kurugh.

Ukan disclosed that the fire became uncontrollable at 3am, destroying properties worth millions of naira and eventually led to the death of the man, his pregnant wife and two children.

As at the time of filing this report, the cause of the fire is unknown and any attempt to quench the fire was not revealed either.