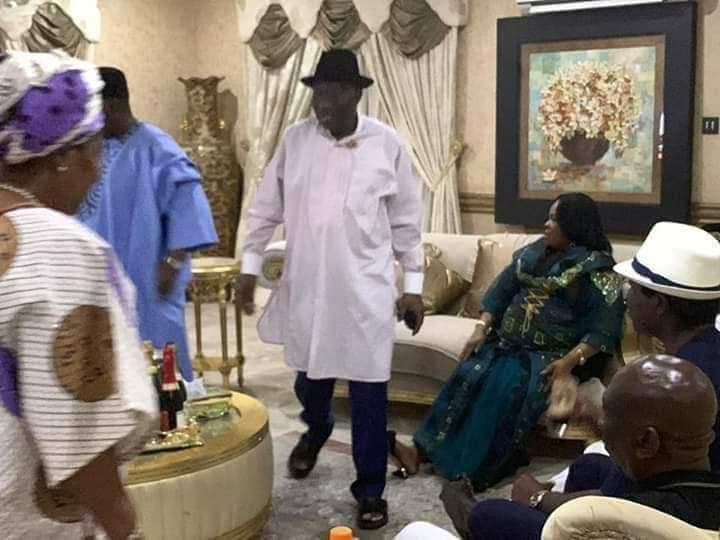 Some leaders of the All Progressive Congress (APC) were at the residence of former President Goodluck Jonathan in Bayelsa on Sunday.

It is still unclear if it was a courtesy or ‘Thank you visit’ as being suggested in some quarters.

He was conspicuously absent at the candidates’s campaign grand finale.

Recall that the APC won Jonathan’s LGA, Ogbia, with a wide margin.

On October 10, Jonathan and President Muhammadu Buhari held a closed-door meeting, at the Presidential Villa, a parley analysts some are linking to the governorship poll.

Lyon won six Local Government Areas out of the eight in the state to defeat Diri, who won just two LGAs – Sagbama and Kolokuma/Opokuma.