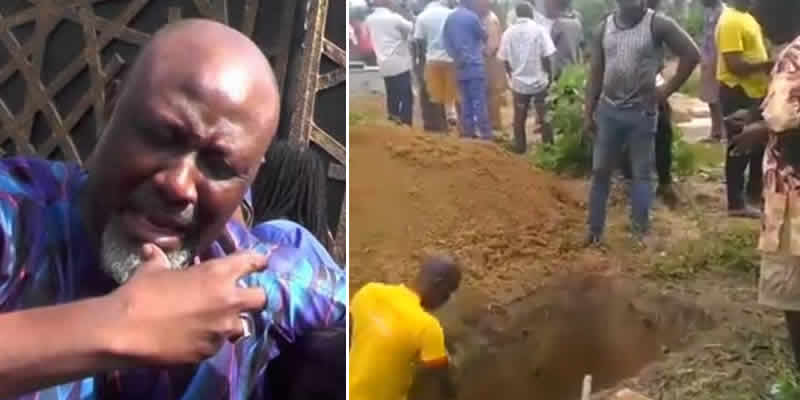 Dino Melaye, who was a candidate at the rerun senatorial election in Kogi state on Saturday has accused thugs of the ruling All Progressives Congress(APC) of killing his nephew during the election.

Senator Dino Melaye yesterday announced the death of his nephew, Olorunjuwon after sustaining gunshot wounds at his polling unit on Saturday.

According to Melaye, his deceased nephew, Olorunjuwon was shot at his polling unit yesterday but died Sunday morning.

In a few tweets, the Senator shared a video of the young lad being laid to rest.

He tweeted: My nephew Olorunjuwon who was shot at my pooling unit yesterday died this morning. My brother your death is a Supreme sacrifice in the struggle for the liberation of our people. Rest in peace aburo… So sad.

He said: My nephew Juwon good night. A boy who never knew his mum, did not have the luxury of being breastfed. Yet God took care of him. Now APC thugs killed him. Avenge your death brother.