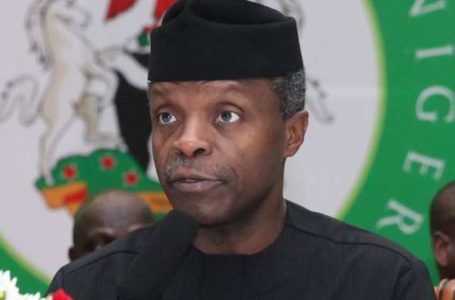 Daily Trust Online has exclusively obtained names and portfolios of some of the aides of Vice President Yemi Osinbajo, who were sacked by President Muhammadu Buhari.

Prominent on the list of the affected aides is Ajibola Ajayi, the daughter of former governor of Oyo state, Isiaka Abiola Ajimobi.
She was appointed Special Assistant, Legal to the President (VP’s office) in August 2019. She was a former SA to the President on Bureau of Public Enterprises, BPE (VP’s office) from October 2015 to May 2019.

But the presidency also yesterday insisted that there was no rift between the president and his embattled deputy.

Multiple presidency sources confirmed the sack of the aides of the vice president, heightening the tension in the country’s seat of power amidst insinuations that the unfolding drama was about the 2023 presidential election.

The vice president reportedly had over 80 aides who were deployed in many strategic positions, with sources around the corridors of power saying the recent attention around the vice president was aimed at reducing his influence, just as it happened to ex-Vice President Atiku Abubakar shortly after ex-President Olusegun Obasanjo won a second term.

A presidency source said letters relieving the aides of the vice president of their appointments were issued to those affected yesterday.

Daily Trust gathered that the affected aides were attached to different Ministries, Departments and Agencies (MDAs). One of the sources, who sought anonymity said: “The letters were distributed to the affected aides through the Office of the Secretary to the Government of the Federation. They were not working within the precinct of the presidential villa.”

President Buhari, who is on a 15-day private visit to the United Kingdom, is expected back home on November 17.

It was also gathered that access tags to the presidential villa of some of the aides of the vice president were retrieved yesterday by security personnel attached to the villa.

Another report, however, suggested that the action was taken to prevent the aides from being redundant as some of the jobs being undertaken by them were no longer under the control of the vice president.

Contacted separately, the Senior Special Assistants to the President on Media and Publicity, Malam Garba Shehu and Mr Laolu Akande who normally spoke on behalf of the vice president, neither confirmed nor dismissed the reported sack of the 35 aides.

A text message sent to our correspondent by Shehu reads: “The SGF has responsibility for the issuance of letters of appointment, and where the need arises, sack letters as well. Please meet him with your questions.” For his part, Akande said, “I just heard it just like anybody. But I’m going to find out what is happening.”