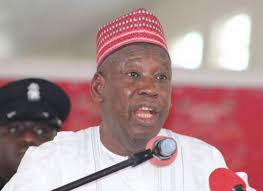 The governor of Kano state, Abdullahi Ganduje on Sunday inaugurated the Support for Integrated Qur’anic and Islamiyya Schools in the state.

He also commended the efforts of development partners such as the DFID, World Bank and UNICEF.

He said: “It is with gratitude to God that we launch the Islamiyya School Support programme by donation of food items and cash to 1,000 Alaranmas (clerics) who are from 1000 Tsangaya schools across the 44 Local Government Areas of the state.”

He thanked UNICEF for offering school improvement grant of N105 million to Qur’anic schools in the state.

According to him, “the presentation of symbolic cheques of N250,000 UNICEF grant to each of the 10 out of the 440 Islammiyya Schools in the state is commendable.

“This grant is in the sum of N250,000 each to community-based management Committees. UNICEF is also partnering with us in the on-going census of the out-of-school children across the 44 Local Government Area of Kano state,” he explained.

According to Ganduje, the state government had commenced the integration of Tsangaya Schools in the state into the conventional education system with provision of teachers in English and Mathematic subjects.

Ganduje pledged to sponsor Qur’anic teachers to further their education to countries like Saudi Arabia so that they would be upgraded on the best way to impact Islamic knowledge to their students.