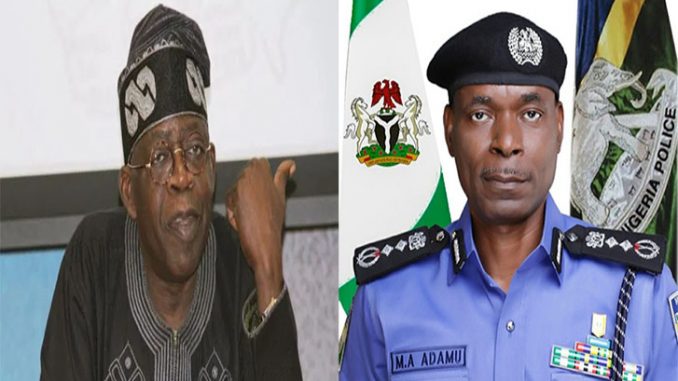 Since the Police Service Commission (PSC) officially announced the pro­motion of senior police officers on Monday, lobbying by some officers to be deployed to state commands and zones that are considered juicy has intensified.

The lobbying, however, started last weekend after Daily Independent on Friday broke the news of the promotion.

Investigations have revealed that some Commissioners of Police (CPs) and newly promoted Assistant Inspectors-General of Police (AIGs) have intensified their effort to get lucrative deployments.

Daily Independent exclusively broke the news when the commission on Friday held an emergency plenary session at the Federal Secretariat, Abuja, to approve the promotion of the officers.

On Monday the commis­sion confirmed our story when it released names of 14 new AIGs and six new Deputy Inspectors-General of Police (DIGs).

As a result of the promo­tion of the 14 CPs to AIGs, the positions of CP in charge of Lagos, Ogun, Kano, Jigawa, Edo, and Cross Rivers police commands are vacant.

It is a common knowledge in police circles that Lagos, Rivers, Delta, Kano, Bayelsa, and Cross River states are considered ‘juicy’ states.

Consequently, officers usually lobby to be deployed to theses states.

It is in view of this percep­tion that some CPs and AIGs are said to be reaching out to top influential politicians to prevail on the IGP, Moham­med Adamu, to be posted to these states and zones.

Investigations reveal that Lagos is the hottest state in contention.

It was reliably gathered that the South West political godfather of the ruling All Progressives Congress (APC), Asiwaju Bola Tinubu, is the highest determining factor in who heads the Lagos State police command.

We also found out that oth­er influential persons who can have some weight in de­ciding who heads the Lagos police command are the Oba of Lagos, a retired senior po­lice officer, and the state gov­ernor.

Investigations also reveal that it is an open knowledge in the Lagos police command since Monday that Tinubu has an anointed CP candi­date from one of the South West states.

The state governor, Baba­jide Sanwo-Olu, is also be­lieved to have given the nod for the CP to head the state police command.

The “anointed” CP is said to know Lagos like his palm as he had served in various capacities in the state.

He was once the command­er of the state security outfit, Rapid Response Squad (RRS), when Tinubu was governor of the state.

He was CP Edo State police command until early this year when he was deployed from Edo under unpleasant specu­lative circumstances.

Several police officers, who spoke to Daily Independent under anonymity, described him as haughty.

One of them said: “We don’t want a CP that will usurp the system. Christmas is near, and crime is usual­ly high during the yuletide. The IG should be allowed to choose who he believes can handle Lagos effectively for him.”

Interestingly, the CP is the chairman of the Presidential Task Force set up to clear the traffic gridlock in Apapa as a result of too many tankers blocking the highways.

Ironically, the tanker driv­ers on Thursday were said to have gone on the rampage over undisclosed grievances.

The Lagos State police command was said to have gone to assist with reinforce­ment, led by a senior police officer.

The CP was said to have escaped from the rampaging tanker drivers, while some policemen sustained minor injuries.

Further investigations revealed that the CP was be­lieved to have a security outfit that guards the state Govern­ment House and the state As­sembly complex.

Investigations also re­vealed that apart from this particular CP, Tinubu has another choice who is cur­rently a command CP in the Niger Delta.

This CP is said to also know Lagos like his palm. He has worked as DPO and in other capacities in Lagos where he was said to have performed creditably well and was tagged crime cracker.

He is also from one of the South West states, but it was reliably learnt that the government of the state and most citizens do not want him out, because “he is doing well since he came and he is hum­ble,” one of the commission­ers in the state said, pleading anonymity.

However, Force Headquar­ters, Abuja, source disclosed that the CP is not the choice of IGP Adamu.

A Force Headquarters source who pleaded anonym­ity disclosed that Tinubu or any other person can push for any officer of his choice, but that it is not automatic for the IGP to accept, because polic­ing is not a political issue.

“It is purely operational and ability to perform,” the source said, noting that Lagos “is a sensitive state, I doubt if the IGP will post anybody there because of somebody’s interest.”

Also, at the Police Service Commission, which normally ratifies officers for posting, a senior official of the commis­sion noted that “when the IGP sends the names, we will look at them”.

The source, however, said: “The IGP is the operational head; he knows those who can effectively handle commands and zones, but we can make observations.”

The IGP, investigations revealed, has two officers as his choice for the Lagos State police command.

One of them is from his state, who is also said to know Lagos like his palm.