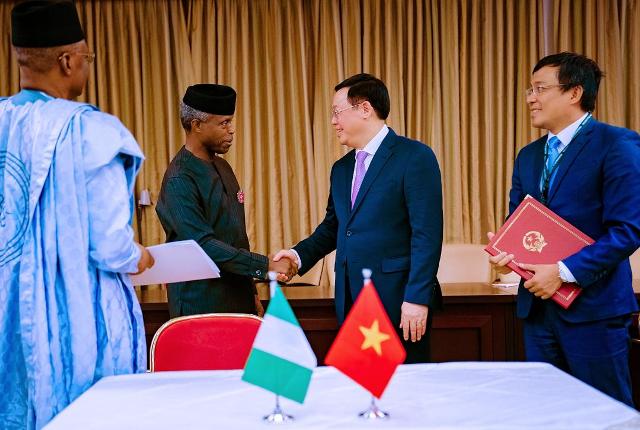 Deputy Prime Minister of the Socialist Republic of Vietnam, Prof. Vuong Hue and Vice President of the Federal Republic of Nigeria, Prof. Yemi Osinbajo share a lot in common. This was revealed by Prof. Osinbajo himself on Wednesday during a dinner at the State House Banquet Hall, Abuja, where the Vice President proposed a toast […] 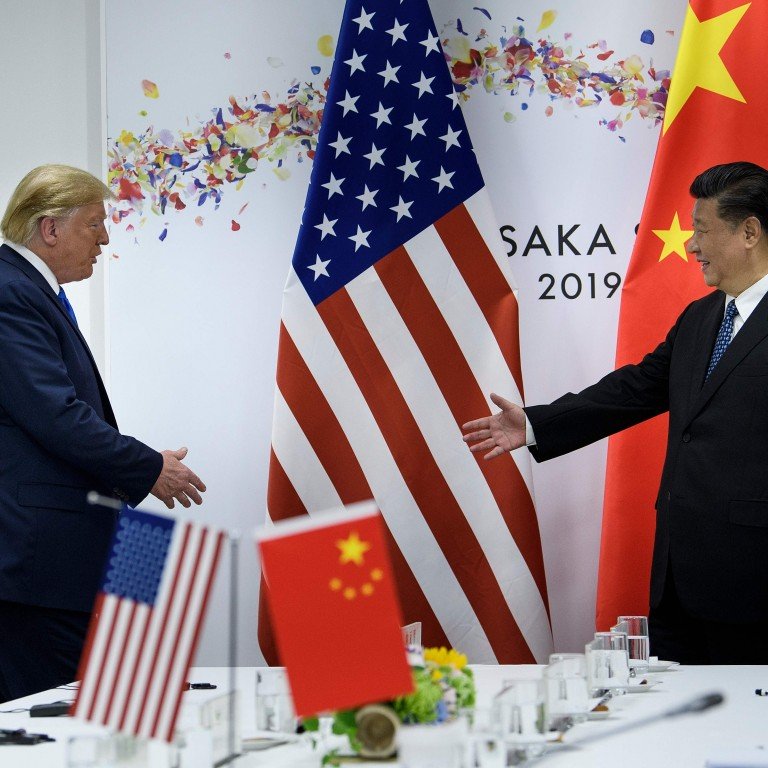 China and the U.S. have said that they will continue trade consultations in spite of the cancellation of a summit in Chile where the countries’ leaders were supposed to sign an interim trade deal. U.S. President Donald Trump said this week that he was hoping to sign off with Chinese President Xi Jinping the “phase […] 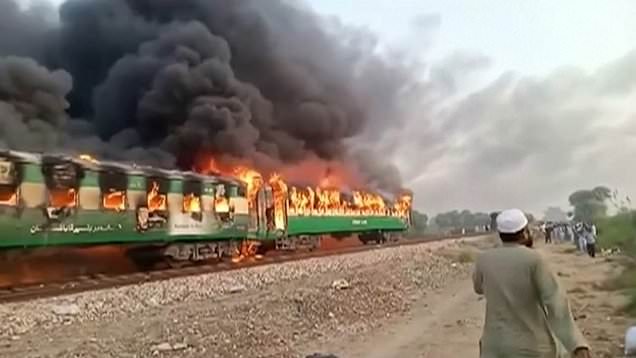 A fire swept through a Pakistani train on Thursday, killing at least 65 people and injuring nearly 40 after a gas canister that passengers were using to cook breakfast exploded, government officials said. The train was on its way from the southern city of Karachi to Lahore in the east when a fuel cylinder used […] 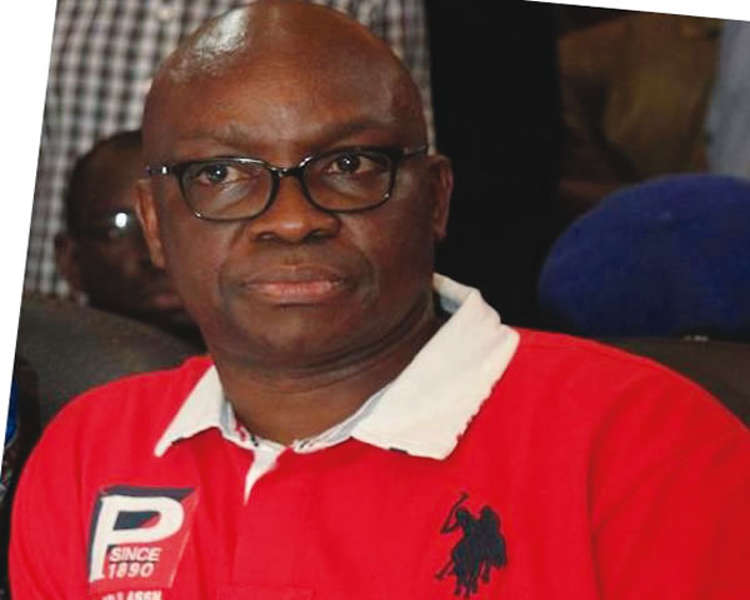 The Federal High Court, sitting in Abuja, has adjourned the trial of Abiodun Agbele, an aide of former Ekiti State governor, Ayodele Fayose, to December 2, 2019. Agbele is standing trial before Justice Nnamdi Dimgba, on alleged money laundering preferred against him by the Economic and Financial Crimes Commission, EFCC, to the tune of N1.2bn. […] 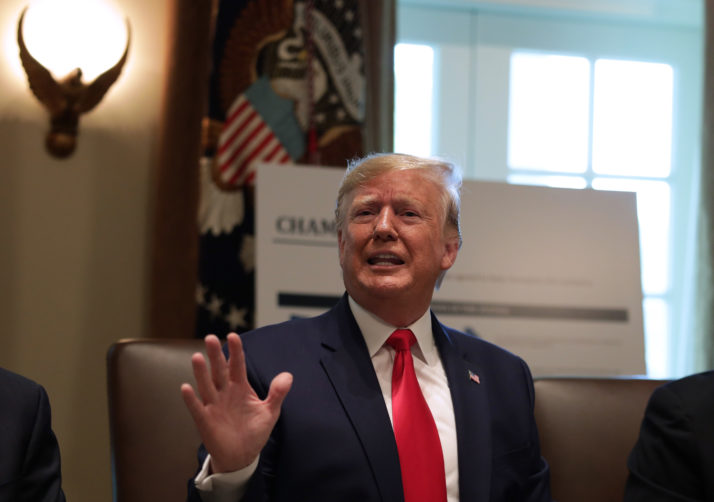 According to closed-door testimony in the impeachment hearings this week by Lt. Col. Alexander S. Vindman, the top Ukraine expert on the National Security Council, President Trump’s top three national security advisers sought to persuade him in August to sign a memorandum restarting aid to Ukraine, but he refused. The deputy secretary of state said […] 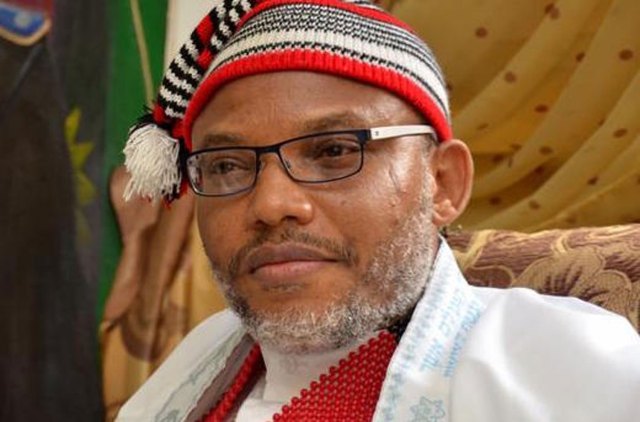 Nnamdi Kanu, leader of the proscribed Indigenous People of Biafra (IPOB), on Thursday, told the Federal High Court, Abuja, that he was ready to face trial if his safety would be guaranteed by the court. Kanu told the presiding judge, Justice Binta Nyako, through his counsel, Ifeanyi Ejiofor. Ejiofor told the court that the application […] 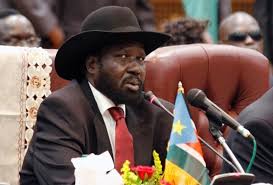 South Sudan on Thursday declared a state of emergency after persistent rain and flood killed nine people and displaced 25,000 others. South Sudan President Salva Kiir made this known in a statement. The emergency was declared in 27 out of the East African nation’s 32 states after torrential rains had submerged many villages. “The state […] 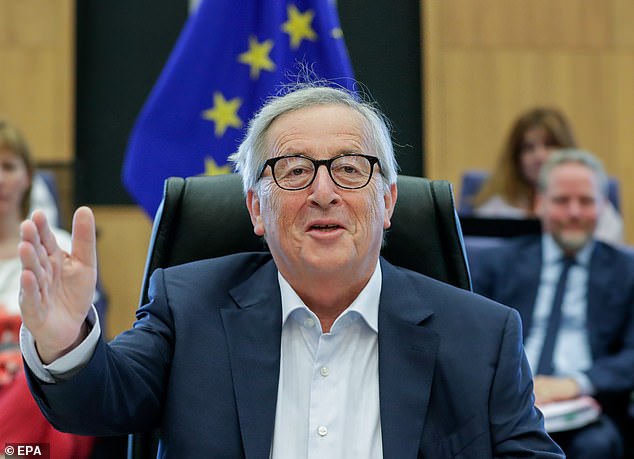 European Commission President Jean-Claude Juncker is to have an operation to treat an aneurysm on November 11, according to his spokeswoman Mina Andreeva on Thursday. The procedure is to take place during the 64-year-old’s projected final month in office. His term was due to end Oct. 31, but he is set to stay in his […] 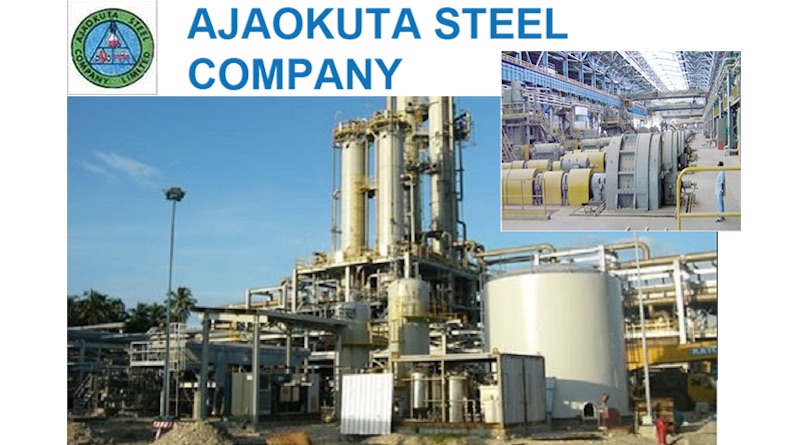 The Nigerian Metallurgical Society (NMS) says the Ajaokuta steel company can employ more than 10,000 workers in Nigeria. Prof. Suleiman Hassan, the National President of the society, stated this in his welcoming address at the 35th Conference and Annual General Meeting, tagged: “Ilorin 2019″, on Thursday at the University of Ilorin. The theme of the […] 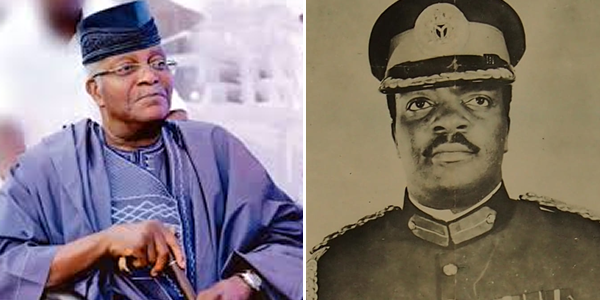 Brigadier General Mobolaji Olufunso Johnson, first Military Governor of Lagos State is dead. His son, Deji, confirmed that the retired soldier passed on few hours ago. Johnson was born on February 9, 1936 to the family of Joshua Motola Johnson and his wife, Gbemisola Johnson (née Dudley-Coker), his father was of Egba heritage and was […] 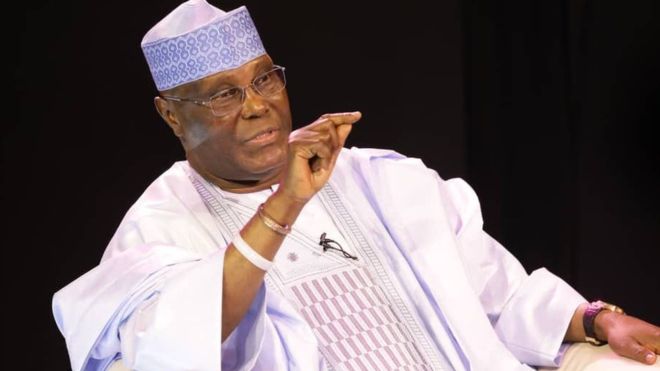 Peoples Democratic Party (PDP) presidential candidate, Atiku Abubakar, has reacted to Supreme Court’s dismissal of his petition against President Muhammadu Buhari’s re-election in February. The Chief Justice of Nigeria, CJN, Tanko Mohammed in his judgment said, “We have examined all the briefs and exhibits for over two weeks. “And we agreed that there is no […] 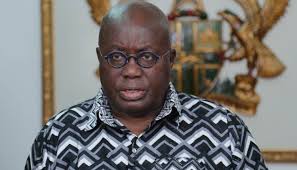 Ghanaian president, Nana Akufo-Addo on Tuesday said he was still hopeful that talks between his country and Nigeria over the closure of the Nigerian land borders would yield a positive result. Akufo-Addo said this while addressing the delegation of a commercial bank from Nigeria. He said, “There’s a lot of room for continuing talks between […]

5 Arraigned for dealing in Adulterated rice in Akwa Ibom State. 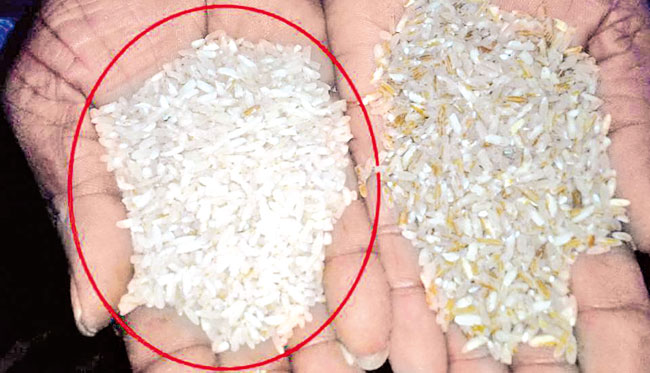 Five persons were, on Tuesday, arraigned before a Federal High Court in Uyo presided over by Justice Anulika Okeke for allegedly dealing in adulterated rice. The accused, made up of four males and a female, pleaded not guilty to the 17 counts preferred against them by the Consumer Protection Commission when the charges were read […]

Alleged Fraud: Maina to remain in prison till next month 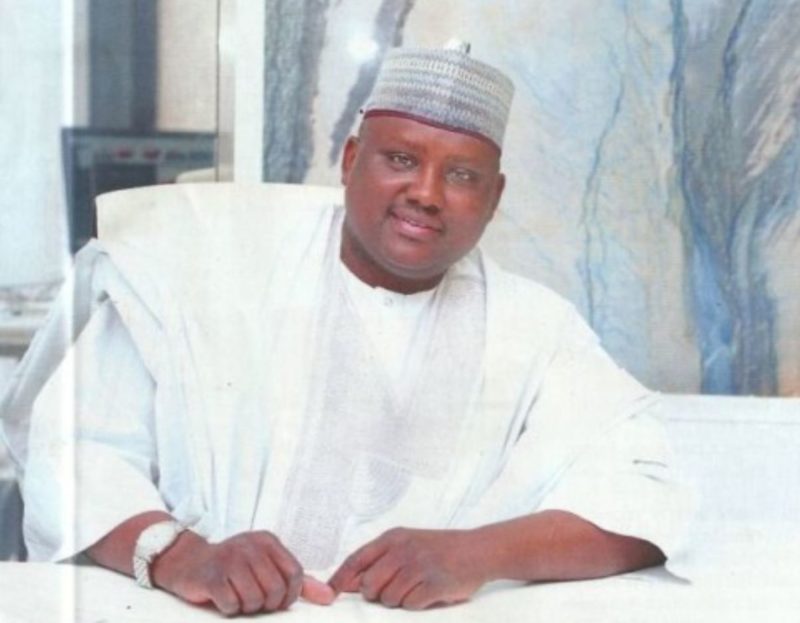 The Federal High Court, Abuja, on Wednesday, adjourned for hearing the bail application filed by the former Chairman of defunct Pension Reform Task Team, Abdulrasheed Maina, until Nov. 6. Justice Okon Abang gave the ruling after taking the arguments of the defence and prosecution counsel. News Agency of Nigeria (NAN) reports that Maina is being […]

Presidency to spend N66.6bn on rent, N45bn to fuel Generators 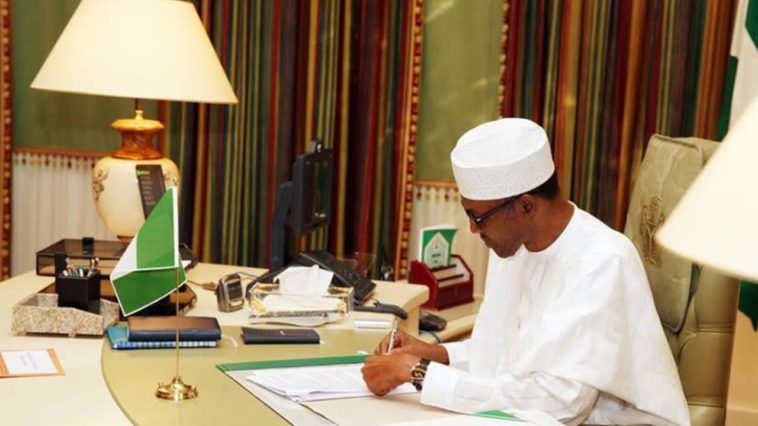 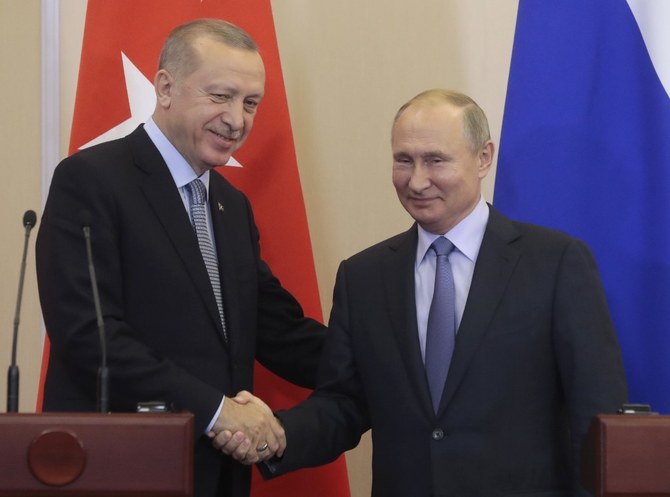 ANKARA: Turkish-Russian joint patrols will start in Syria on Friday, the Turkey’s president said Wednesday, a day after a deadline for the withdrawal of Syrian Kurdish fighters expired under a deal between Ankara and Moscow. “We will start the joint work on the ground on Friday, namely we are starting the joint patrols,” President Recep […] 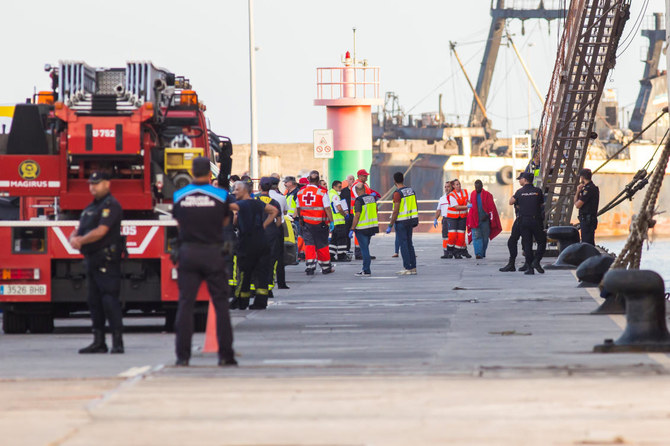 MADRID: Spanish authorities in the Canary Islands say that four migrants have died and another is missing amid a surge of arrivals in the archipelago. The Spanish government’s delegation in Las Palmas said Wednesday that the missing and drowned African migrants were part of a group of 34 traveling in a wooden boat. A Singapore-flagged […] 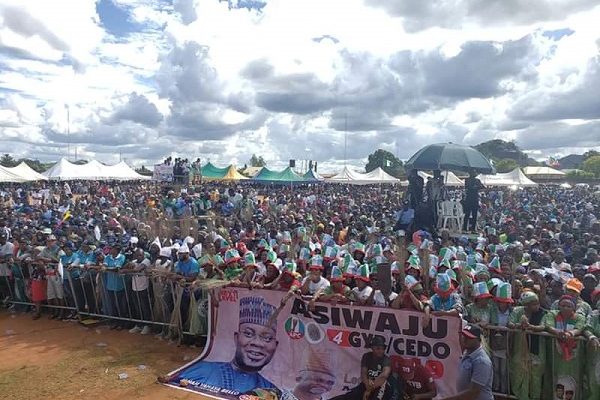 The town of Kabba in Kogi state was shut down for Governor Yahaya Bello and his deputy, Edward Onoja as their campaign train hit the town. The governor used the opportunity to sell his New Direction program to the people who welcomed him and his entourage. Music star, 9ice, performed to the admiration of the […] 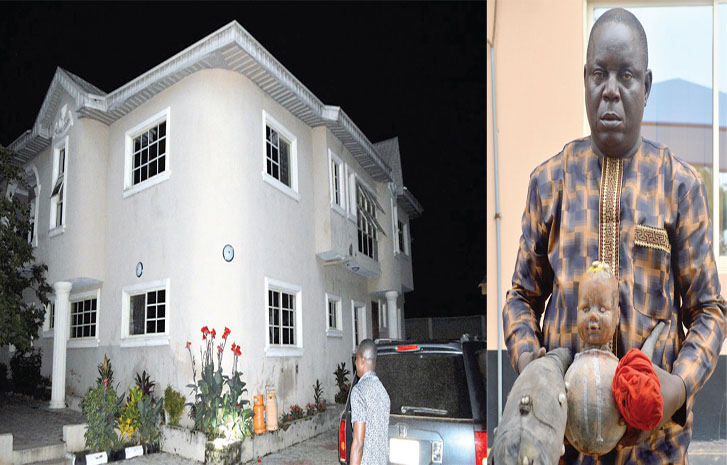 Ebun Oloyede ‘Olaiya Igwe’: My Tribal Marks, My Only Regret In Life 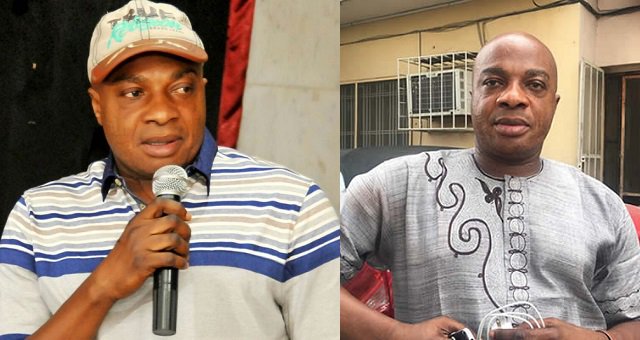 Everyone calls him Olaiya Igwe, but his real name is Ebun Oloyede. He is regarded as the Igwe of the movie industry. He has paid his dues. He has put in 45 years. So, he is a veteran scriptwriter, actor and producer who has produced so many great movies until a few years back when […]