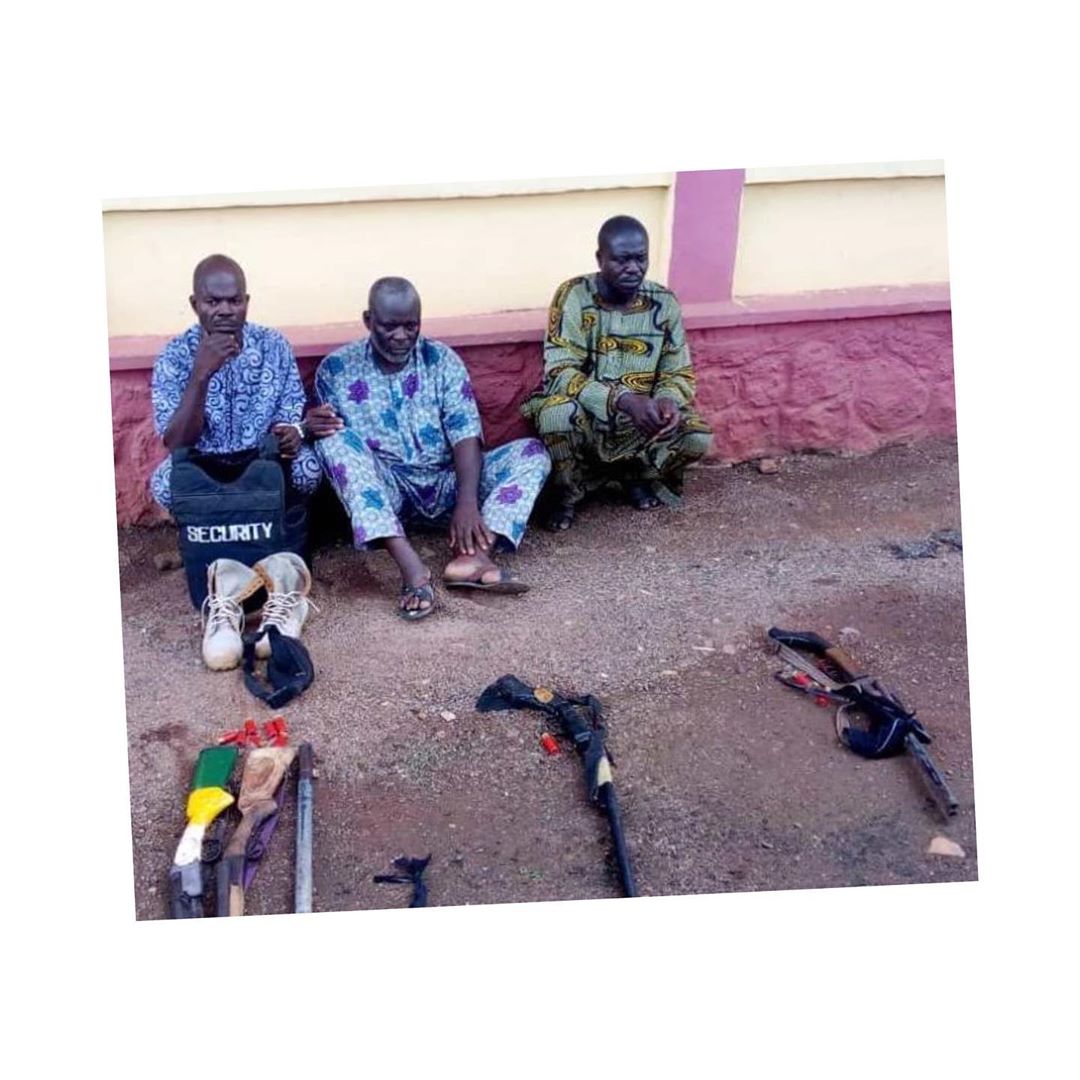 The Command also recovered guns from the suspects who claimed to be members of local community Vigilante group.

The Commissioner of Police, Bashir Makama, said the three suspects Idowu Ayodele, 53, Segun Ogunsanwo, 53, and Akeem Salisu, 55 would be charged with murder.

Makama said the suspects invaded a hotel in Ijebu-Igbo, on August 8, dispossessing people of their valuables during the attack. The suspects also seized two young men while the robbery lasted.

Makama said: “These suspects went into a hotel and told everyone to lie down, dispossessing them of their valuables. They seized two people and didn’t return them. After a while, one of them came back and said he had escaped. .

When we asked him about the second person he was abducted with, he said, he was dead. On further interrogation, they said the other person that was taken had been killed. .

They said he had been thrown into a river. We asked them to identify the river so we can go there and conduct a search and recover his remains.”