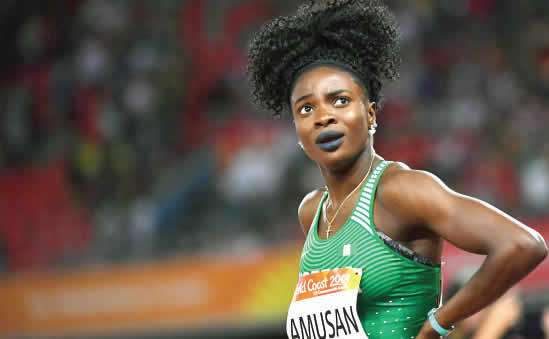 More records are tumbling at the ongoing African Games in Morocco with Nigerian athletes churning out fantastic performances.

The latest is coming from Tobi Amusan who has broken a 20-year-old Games Record previously held by another Nigerian, Gloria Alozie.

Amusan on Wednesday set a new Games Record when she won the 100m Hurdles event with a time of 12.68secs.

The previous record set by Alozie was 12.74secs during the 1999 edition of the African Games.

After her latest feat, Amusan said she was glad to have won although the race was quite rough.

“I am happy I won the race which is the most important thing, but it was a kind of rough race for me,” she said.

Amusan who would not be part of the relay race said she will now face the Diamond League finals although she has a couple of meets before that.

Aside from the two gold medals, other athletes also won other medals to increase the country’s total tally in Morocco.

The African Games is Ofili’s 1st senior outing for Nigeria and the African Youth champion has secured a good time that qualifies her for the World Championships in Doha this year.

Chidi Okezie also made it to the podium in the men’s 400m but his time was not good enough to seal his berth in Doha.

Oko-Uokha Caroline Eduji also got a hat trick of silver medals in the weightlifting for Nigeria.