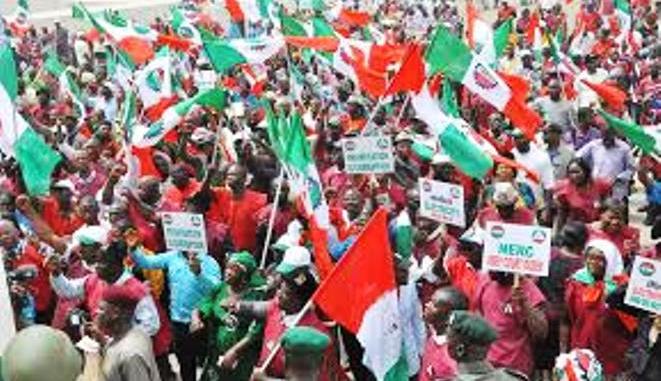 Nigeria Labour Congress (NLC) has resolved to mobilise workers nationwide to embark on rallies with the aim of sensitising government and citizens on the need to urgently arrest the rising wave of insecurity in Nigeria.

The congress, while expressing concern over the prevailing economic difficulties in the country, also opposed any attempt by the federal government to increase the pump price of petrol just as it kicked against the recent hike in electricity tariffs charged by distribution companies (Discos).

In a communiqué at the end of its National Executive Council (NEC) meeting held last Wednesday in Kano, but which was given to reporters yesterday, NLC expressed concern over what it described as the increase in the wave of insecurity in Nigeria, especially the resurgence in kidnapping for ransom, armed robbery, communal clashes and Boko Haram attacks.

The communiqué said NLC “would convene a national security summit to dispassionately engage the current challenges of insecurity in Nigeria and proffer sustainable solutions,” adding that “prior to the proposed security summit, the NEC resolved that NLC would hold rallies across Nigeria to sensitise government and citizens on the need to urgently arrest the current drift in security.”

NLC said it was alarmed at the recent confessions of an arrested bandit who disclosed that helicopters drop weapons for criminals thereby suggesting possible collusion between criminals and wealthy individuals in Nigeria.

“On this premise, the NEC called on government at all levels in the country to rein in current resurgence in criminality and brigandage. The NEC called for improvement in the quality and quantity of policing deployed for the security of citizens and property,” the communiqué said.

NLC suggested that rather than continuous calls for increase in price of petroleum products, government should fix the inefficiencies in the downstream petroleum sub sector.

Similarly, the NEC urged the federal government to exercise caution in implementing the recent policy on restriction of food import to avoid further economic dislocation.

It said it would await the final policy directives by the Central Bank of Nigeria (CBN) on the restriction of access to official foreign exchange on food import before adopting a definite position.

It also rejected plans by the federal government to divest 40 per cent of public shares in Discos and electricity generation companies (Gencos), saying such a move amounted to rewarding poor performance.

It added that instead of selling public shares in Discos and Gencos, government should review and reverse the privatisation of the power sector.