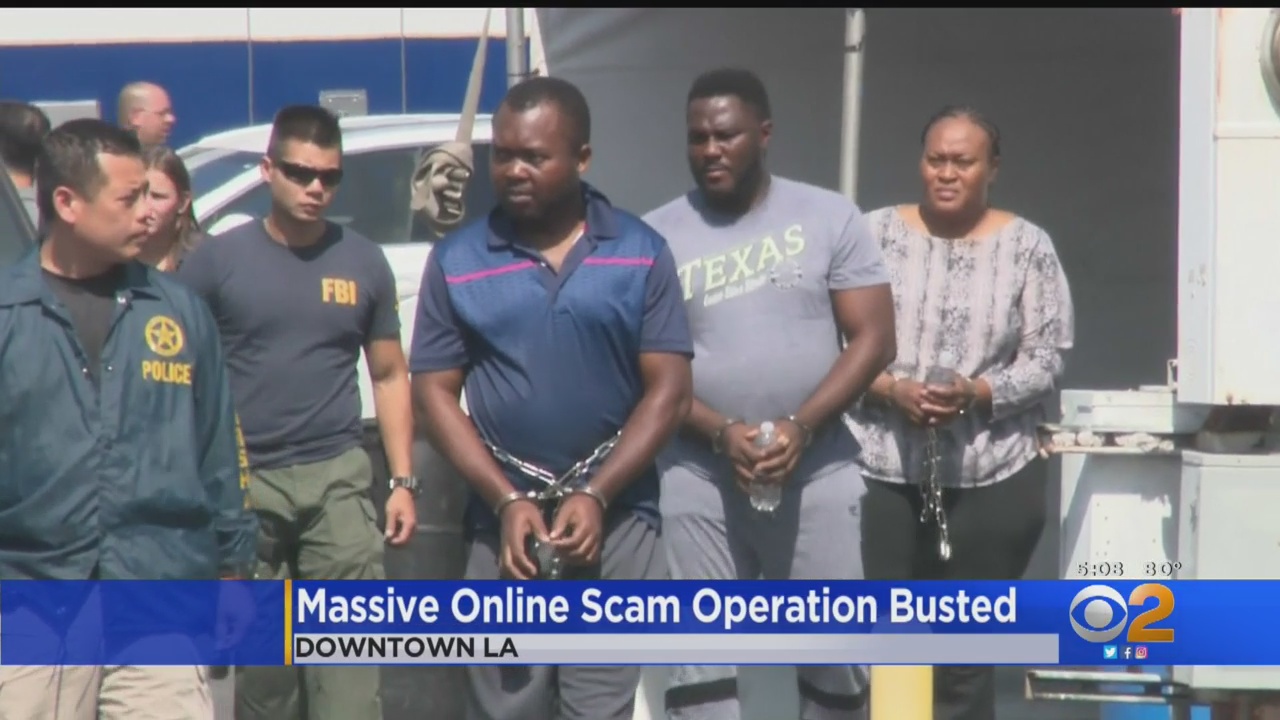 A wide-ranging fraud and money laundering scheme borne out of the well-known Nigerian prince email scams has taken a big hit after a nearly 3-year FBI investigation.

A 252-count federal grand jury indictment unsealed Thursday charged 80 people from around the world, including 11 arrested in Southern California, with participating in a massive conspiracy to steal millions through fraud schemes and launder the money through a Los Angeles-based network. The FBI called it one of the largest internet fraud schemes the agency has ever seen.

The conspiracy involved mostly Nigerian nationals. Two of the defendants named in the indictment were already in federal custody on other charges, six are fugitives believed to be in the United States and the rest are believed to be abroad, with most of them in Nigeria.

According to the criminal complaint, the defendants targeted victims in the U.S. and across the globe in romance scams and with fake emails from known businesses, all in an effort to get money sent under false pretenses. The FBI says the schemes resulted in the fraudulent transfer of at least $6 million.

“The romance scams prey on vulnerable populations, but the BEC victims are often reputable companies and conscientious employees who have been fooled by sophisticated cyber frauds into transferring money,” said Paul Delacourt, the FBI Assistant Director in Charge.

BEC refers to Business Email Compromised fraud and involves the criminals finding out which employee within a business handles money and wire transfers and sending them emails that look like they were sent from vendors they usually do business with to request money.

The lead defendants named in the indictment – 31-year-old Valentine Iro of Carson and 38-year-old Chukwudi Christogunus Igbokwe of Gardena – allegedly coordinated the laundering of the ill-gotten funds, in exchange for a cut of the money.

Each of the defendants named in the indictment is charged with conspiracy to commit fraud, conspiracy to launder money and aggravated identity theft. Several also face additional fraud and money laundering charges.