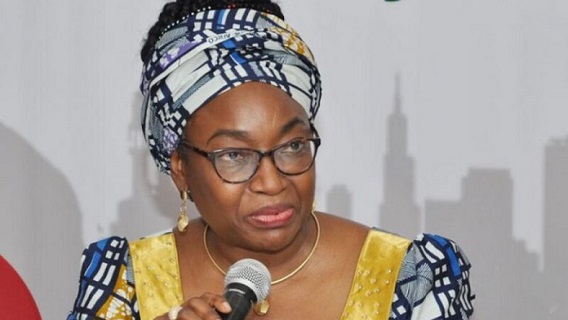 The Head of the Civil Service of the Federation Mrs. Winifred Oyo- Ita has revealed why she returned to work after questioning by the Economic and Financial Crime Commission EFCC over alleged N3bn fraud.

A source in her office confided that Oyo- Ita informally told staff close to her that President Muhammadu Buhari asked her to come back to the office.

For this, she said she was obliged to return and continue her job.

It was earlier speculated that Oyo- Ita had resigned after so much pressure from the EFCC and the Presidency.

Her absence at the two-day retreat for the newly inaugurated ministers fuelled the speculation.

The Nation confirmed she did not put in her resignation, even though she was absent at the ministerial retreat.

Our correspondent, who was at her office on Thursday till 4pm, noticed that there was an atmosphere of calm.

It was confirmed Oyo-Ita was working in her office.