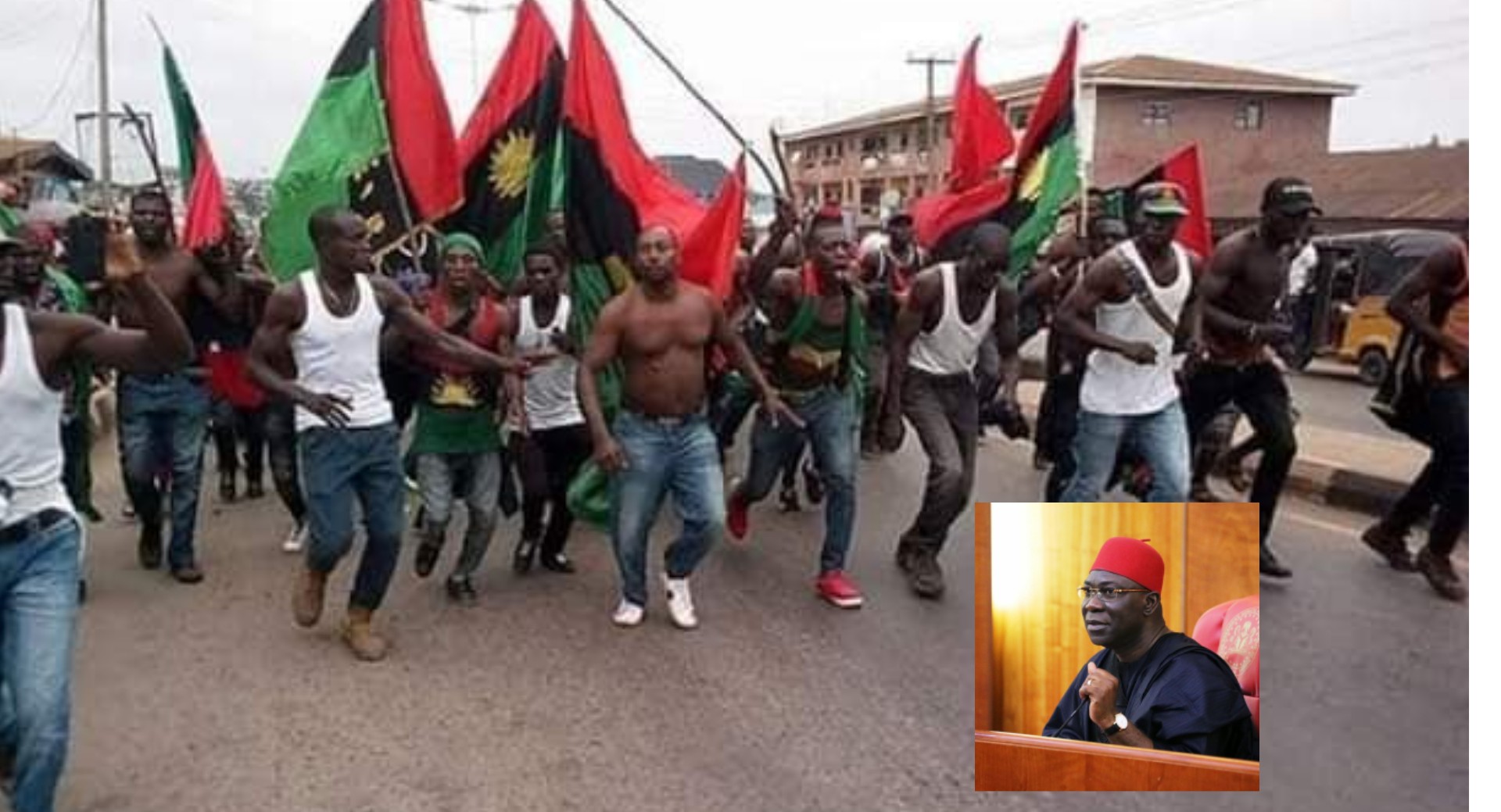 Igbo Youth Assembly Worldwide (IYA) has described the attack on Sen. Ike Ekwerendu in Nuremberg, Germany, as a wakeup call to Igbo leaders of thought to do the right thing.

The group said this in a statement jointly signed by its President-General, Mazi Ifeanyi Nwaudunna and Secretary-General Mr Casmir Irekamba, in Abuja on Thursday.

The apex body of Igbo youths socio-cultural organisation, however, condemned the Saturday attack on former deputy president of the senate by members of the proscribed Indigenous Peoples of Biafra (IPOB) in Germany.

The group stated that it had on many occasions faulted certain activities of IPOB such as “sit at home” order, Nnamdi Kanu mass protest for disintegration and secession from Nigeria.

This, it said, also included hate speech against the present government of President Muhammadu Buhari.

“We condemned all these illegal and disordered activities of IPOB as misguided and a play by enemies of Ndi Igbo to ground economic activities of Ndi-Igbo and Nigeria.

“We also express deep concerns over numerous cheap blackmail and name calling against certain individuals and ethnic groups and the President of the Federal Republic of Nigeria, President Muhammadu Buhari,” it stated.

According to the group, such are not of the best interest of national integration, unity, peace and progress adding, it further isolates Ndi Igbo from National engagements.

The group said it was unfortunate that IYA Worldwide had been the lone voice crying in the wilderness against the aftermath of the misdirected agitation, haters and enemies of Ndi Igbo.

It stated that the enemies of Ndi Igbo had in connivance with disgruntled politicians within and outside Igbo land, continued to embolden the activities of IPOB with the guise of marginalisation.

“This propaganda of Igbo marginalisation is a total deceptive and cheap blackmail against the present government by failed Igbo Politicians to stir dangerous resentment to sustain their selfish political machinery.

“These failed Igbo politicians are the ones causing disconnection of Ndi Igbo from National level.

“Today the wind of bitterness is blowing in all directions and as they say governance in Igbo Land has been desirable? Answers to the question will help provide guidance to where Igbo major problems lie,” it stated.

It stated that the Igbo youth group stood on the mandate of acclaimed Igbo Leader, Late Odumegwu Ojukwu who after returning from exile joined active partisan politics.

“At the time, he said the reason for joining the national ruling party then was to return Igboland to national politics.

“Igbo is a major tribe in Nigeria and can never be marginalised in the affairs of Nigeria.

“Therefore, IYA stands with Sen. Orji Uzor Kalu when he recently stated that zoning of political office cannot be jettisoned or abolished until the Northeast and Southeast geo-political zones produced the President of Nigeria.

“IYA calls on Igbo leaders of thought to speak up against using Igbo land as a launching pad by disgruntled elements and secessionists within and outside against the constitutional authority of Nigeria,” it stated.

According to the group, Ndi Igbo must now rise to take over their rightful place in the affairs of the nation by engaging in constructive dialogues.

“This is the absolute wish of our founding fathers.

“The future of Nigeria is hopeful with the inauguration of the next level ministers.

“IYA calls on Ndi Igbo to channel their agitations to new ministers to deliver dividends of democracy to all Nigerians,” it stated.