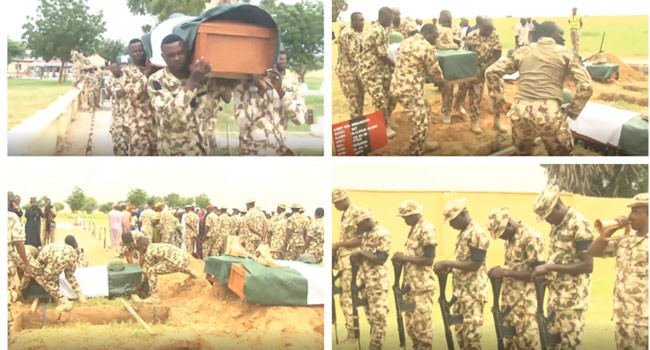 The body of an officer of the Nigeria Army who was killed in an ambush launched by Boko Haram insurgents in Jakana village along the Maiduguri-Damaturu highway has been buried.

They were buried at the military cemetery of the 7 Division Maimalari Cantonment in a ceremony attended by their Next of Kins and family members.

Six military personnel died in the July 17 attack, however it was learnt that a soldier and a Captain have already been buried according to Islamic rites.