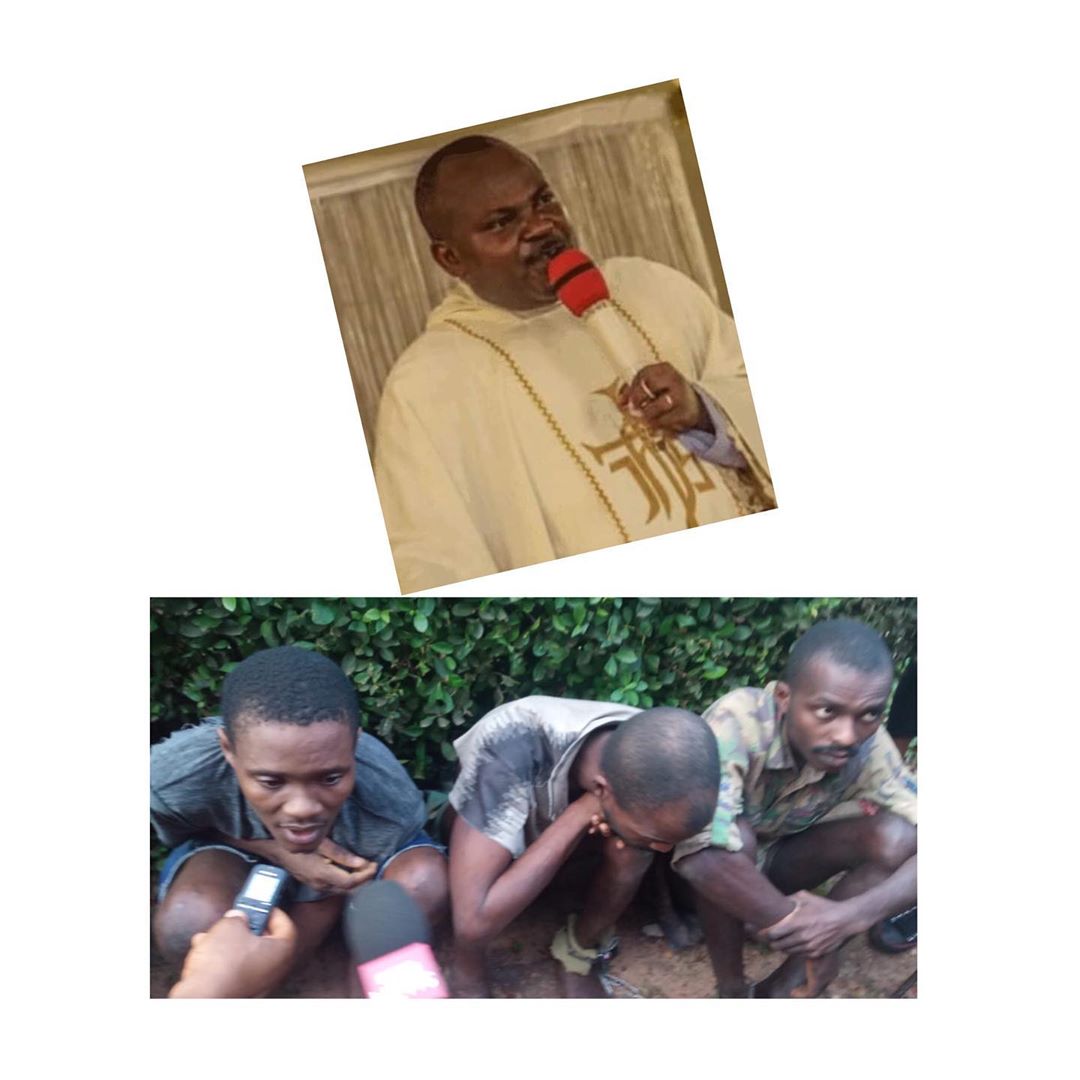 The suspects confessed to killing the cleric after chasing him into a building he ran into for cover.

Before killing the Priest, they took him to the ATM, withdrew cash from his account and bought malt for him to drink before giving up the ghost as a result of the gunshots on his leg.

The suspects, Sunday Chibuko, 32, from Ezeagu LGA, Benjamin Osondu, 28, from Udenu LGA and Wasiu Ajomale from Ogun State were arrested at Abuja, Lagos and Ogun states respectively. The 4th suspect, kelechi, from Oji-River is still at large.