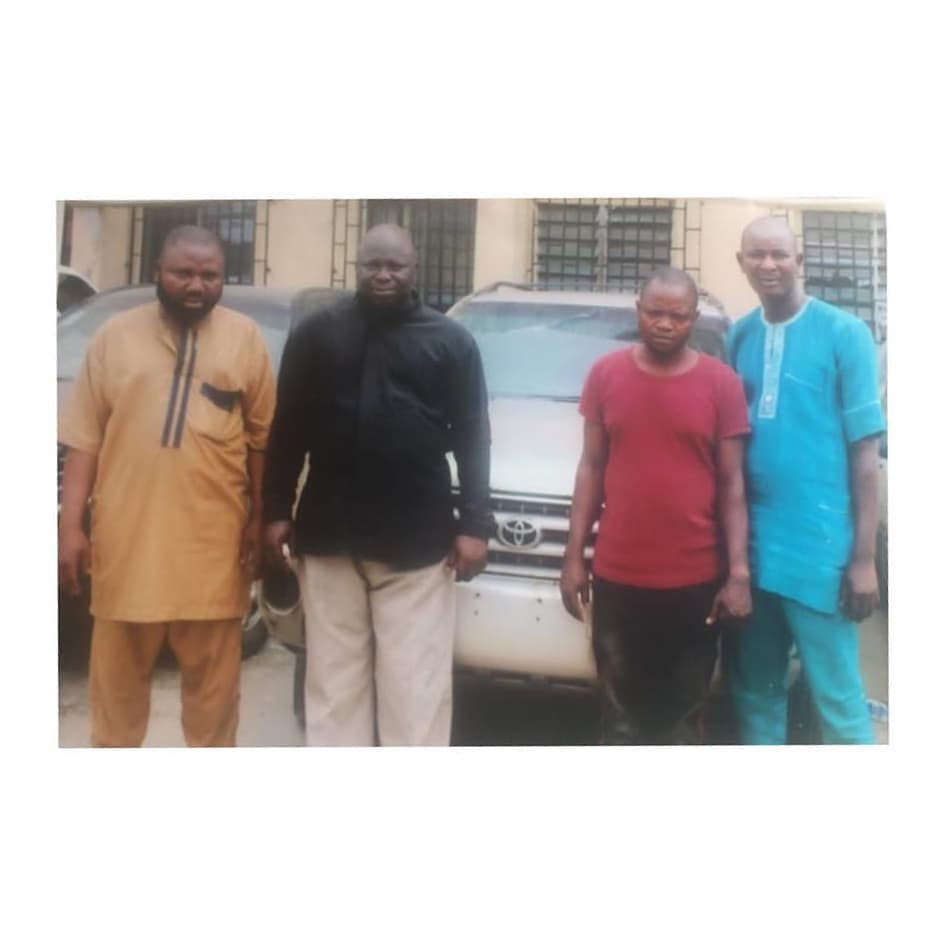 He was alleged to have sold the car in Ore, Ondo State, for N600,000 and escaped. Other suspects arrested with him include Lateef Oyetunde, who purchased the stolen SUV; Jamiu Abiodun, 35 and Lukman Moyoyesa, both of who introduced the buyer to the pastor.

According to the police, trouble started for the pastor when he went to a car sales outlet belonging to one Jamiu, to introduce himself as a pastor and that he needed a Toyota Highlander for evangelism purpose.

After the car dealer and the pastor agreed on N1.2m for the car, he trusted him and allowed him to test drive it, only for him to drive off to Ondo State, where he sold it for N600,000 and escaped.

When the dealer waited for 24 hours without seeing the Pastor and his SUV, he reported the matter to the police who got the suspect arrested. Ehindero confessed to the crime and blamed it on the devil.

According to him: “I decided to steal the SUV and use the proceeds to settle the N650,000 I borrowed from Micro-finance bank in Lagos. I borrowed the money to renovate my church and to recover the investment from tithes and offerings.

I was surprised that for three months, no money was realized to repay the loan. When the pressure from the micro Finance became too unbearable for me, the devil told me to steal a vehicle from a car dealer to sell and use the proceeds to repay the loan. I regret my action.”