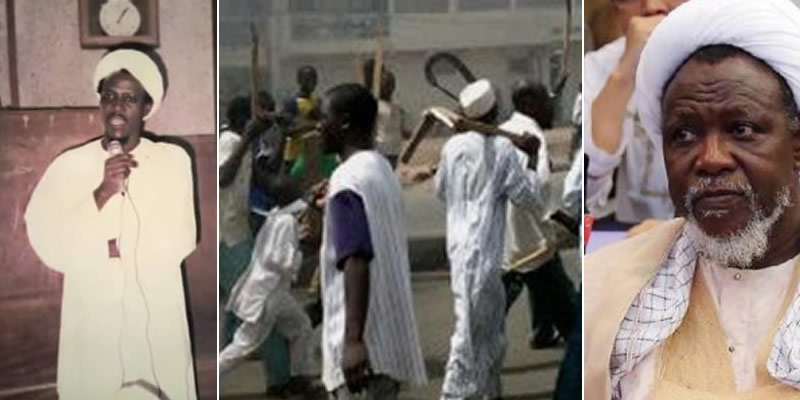 Ibraheem El-Zakzaky, leader of the Islamic Movement of Nigeria (IMN) lost his ‘first-class in economics’ after he was expelled from the Ahmadu Bello University (ABU), Zaria, in 1979 after reportedly leading a violent protest in the school.

According to The Cable, Ahmadu Bello University’s disciplinary committee recommended the expulsion of El-Zakzaky and Sani Daura, then president of the Muslim Student Society (MSS), over a violent protest against the use of alcohol in the school. Although he made a first-class in economics, he did not graduate officially.

It all started when some MSS members had invaded a party organised by ABU students union to protest the sale and consumption of alcohol by those in attendance.

In the disciplinary committee’s report dated November 2, 1979, and signed by S.S. Gbinde, its secretary, the committee said it was believed El-Zakzaky was one of those behind the invasion that occurred on October 20, 1979.

Ango Abdullahi, then-acting vice-chancellor of ABU and chairman of the committee, had told the members that MSS had written a “warning letter” to the students union against the planned party.

Daura, then MSS leader, was quoted as telling the committee that the group sent the letter to kick against the planned consumption and sale of alcohol “on the grounds that public places were being used and public money was being used.”

Asked why the university should “in isolation disapprove of what is commonly allowed outside”, Daura reportedly responded that that was “a matter of ignorance on the part of the general public.”

“On Saturday, the students union disco party was held as scheduled and about 3am, about nine MSS students came in with clubs and other weapons with the intent to cause trouble,” the committee said in one of its minutes. El-Zakzaky, who was the secretary-general of the MSS in 1977/78 session, was quoted as telling the committee “he was a party to the peaceful demonstration and not the violent one”.
Asked where he was the night the fracas occurred, El-Zakzaky reportedly said he came back from town at about 5pm, left his room at about 9:15pm for the central mosque “for the usual Saturday discussion” (and) was back about 11pm where he met Sheriff Abuna, Abdullahi and Usman.

The report added that after his interrogation, Abdullahi, who also served as the committee chairman, said he believed “the attack had originated from Ibrahim’s room as most of the people identified with the incident came from his room.”

“Other members of the committee the same views and believed that Ibrahim was one of the brains behind the trouble,” it added.