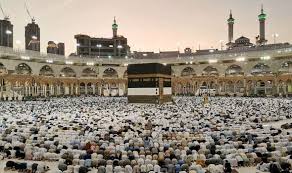 The confirmation came after report of the death of Alhaja Folashade Lawal, a female Nigerian Pilgrim from Oshodi Local Government Area of Lagos State. Dr Ibrahim Kana further disclosed that three pilgrims from Kano, two from Katsina, one each from Sokoto, and Nasarawa as well as one international pilgrim died in this year’s Hajj.

“Yes, that’s correct. We lost a pilgrim yesterday (Sunday) at the Jamarat. She actually collapsed. She was immediately evacuated from the Jamarat area to a facility called Mina Adisu Hospital. She eventually died. She is a known hypertensive.

“There is a possibility that the fact that she is a known hypertensive, she may have had fully heart disease that actually triggered the collapse and she subsequently died. She is from Lagos,” Dr Kana said in reaction to enquiries from journalists.

He added that the major complaints from patients at the yearly Hajj include body pain as a result trekking for a long distance, cough, catarrh and severe chest infections.