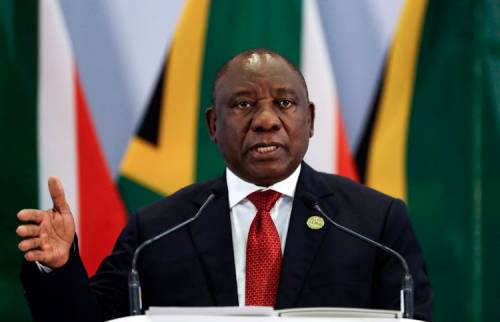 South African Government describe NANS’ call as ‘most unfortunate’, as it does not reflect the strong relations that exist between the people of South Africa and Nigeria.

The Government of South Africa has responded to a protest call made by the National Association of Nigerian Students (NANS) for the expulsion of South Africans and their investments in Nigeria.

Nigerian students had given all South Africans and their companies operating in Nigeria to shut down within seven days and move out of the country, following the increasing number of Xenophobic attacks against Nigerians in South Africa.

In reaction, the South African Government describe NANS’ call as ‘most unfortunate’, as it does not reflect the strong relations that exist between the people of South Africa and Nigeria

The country made its feelings known in a statement by Counsellor in-charge of Political Affairs at the South African High Commission, Abuja, Anna-Maria Jojozi, on Sunday. She said:

“I wish to express my department’s concern regarding statements said to emanate from student organisation in Nigeria, calling for expulsion of South Africans and protests at South African owned businesses.

“The protests are said to be in response to alleged killings of Nigerians by South Africans; as you are aware, these allegations are devoid of truth, reckless and unwarranted.

“We find these statements most unfortunate as they do not reflect the strong relations that exist between the people and Government of South Africa and Nigeria.

“The two countries enjoy strong bilateral relations, which were forged over many years during our struggle for liberation in South Africa; also, in this democratic era supported by the people and Government of Nigeria.”

She said South Africa had established contact from the highest level of the Nigerian Government and received assurances that authorities in Nigeria were taking the calls for protests seriously. She said:

“They have also assured us that South African citizens and their property in Nigeria will be protected.

“South Africa values the strong ties it has established with Nigeria and will continue to enhance these even further.”