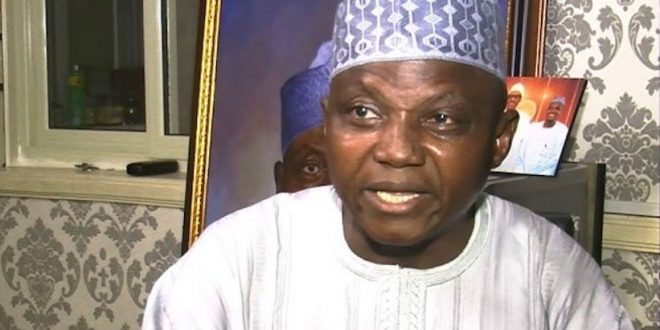 The Senior Special Assistant to the President on Media and Publicity, Mr Garba Shehu, has rejected claims by a former Minister of Education, Dr Obiageli Ezekwesili, that Nigeria is heading towards the threshold of collapse.

Dr Ezekwesili made the claim during an appearance on Sunday Politics, urging those in government to accept that the country is “not in a good place at all” as a step to solving the challenges bedevilling the nation.

But Mr Shehu who spoke during the programme via phone call dismissed the claim, saying, “If the country is collapsing, it is collapsing somebody’s dream.” He urged such a person to “wake up” and rescue the dream.

“Nothing Is Collapsing,” he declared. “The country is strong, moving on”.

According to Mr Shehu, the progress of the country is further evident in the fact that democratic elections are held winners are declared.

“You win or you lose,” he said, stressing that those who lost elections were behind much of the criticism against the government.

“Having lost the elections, they are devising new ways so that they can grab power. So, let’s see how they can contest and get power,” he said.

According to him, armed robberies are not new, and political opponents had been killed in the past even before Buhari became President. He explained further that even the security challenges had their roots pre-the Buhari administration.