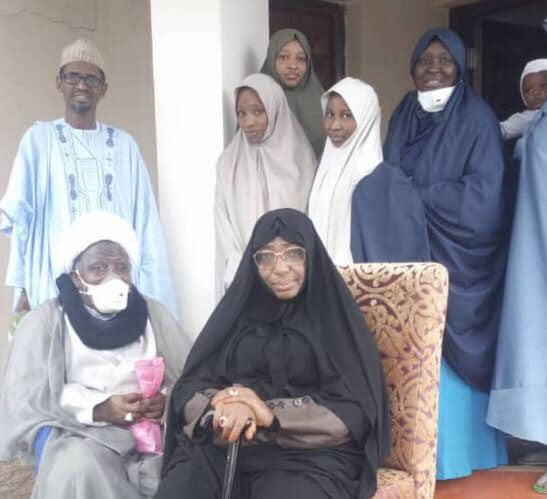 Sheikh Ibrahim El-Zakzaky, leader of the banned Islamic Movement in Nigeria (IMN) and his wife, Zeenat have been spotted at Nnamdi Azikiwe International Airport in Abuja.

The couple are set to leave the country on Monday for India, where they would receive medical attention for an undisclosed health challenge following their incarceration in 2015, The Nation writes.

It would be recalled that a High Court in Kaduna granted the detained couple bail on Monday to enable them embark on the medical trip.

This comes amid reports that one hundred and eighty six doctors from Pakistan, India, Iran, Afghanistan, Syria, Lebanon and Iraq have written a letter to President Muhammadu Buhari concerning Sheikh El-Zakzaky’s physical conditions.

The letter published on Monday by Fars News, an Iranian news agency quoted the doctors as asking the Nigerian government to transfer him to a well-equipped hospital as soon as possible.