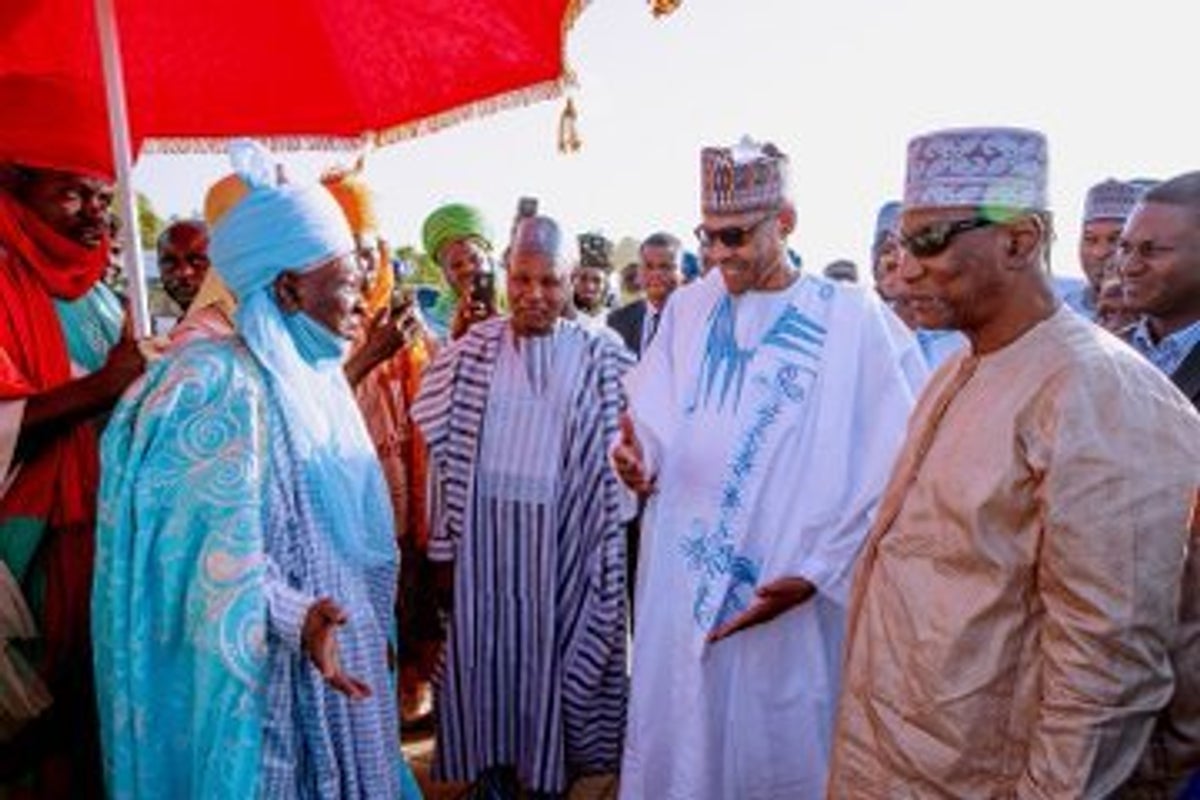 The News Agency of Nigeria (NAN) reports that the duo joined Muslim faithful to observe the prayer at the Eid prayer ground in Daura, the home town of President Buhari.

The prayer was led by the Chief Imam of Daura, Sheikh Sufyanu Yusuf at about 9:40 am, on Sunday.

In his sermon, Mr Yusuf stressed the importance of sacrifice in the cause of humanity.

He said that the sacrifice associated with the Eid, was the hallmark of service to God as demonstrated by Prophet Ibrahim who attempted to sacrifice his son, Prophet Ismail, in deference to God’s command.

The Imam said that sacrifices in all forms must be made to earn the rewards of the Almighty and advance the cause of humanity.

He enjoined those who were able to sacrifice animals during the Eid, to share part of the meat with the needy.

NAN reports that after the prayers, President Conde slaughtered a ram on behalf of President Buhari.

Some of the dignitaries at the prayer ground included Gov. Aminu Masari of Katsina State, Emir of Daura, Alhaji Umar Faruk, Senior Special Assistant to the President on Media, Garba Shehu, government officials, traditional rulers, among others.