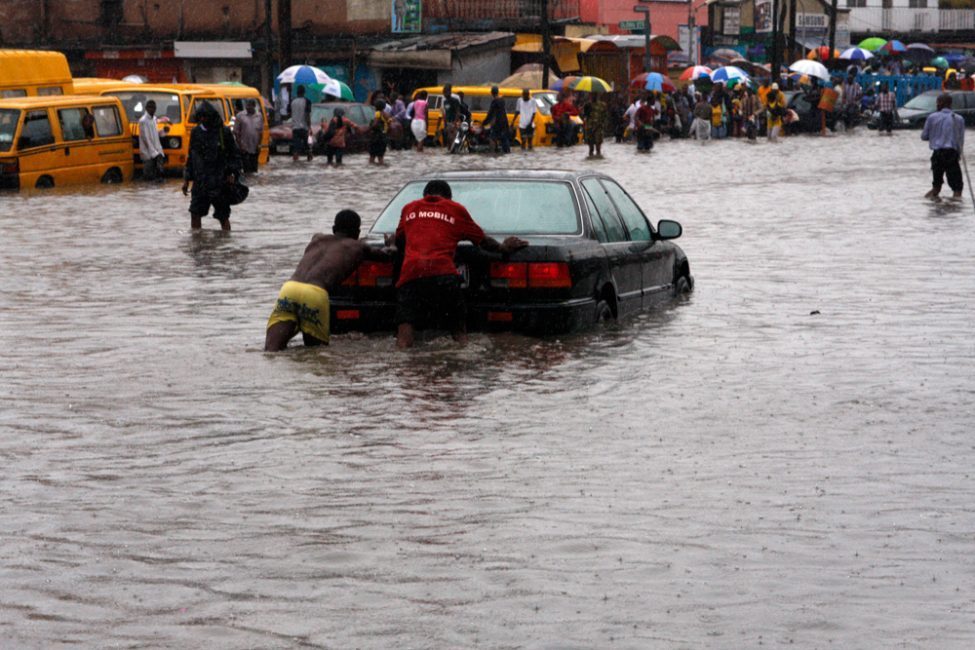 Lagos, the Federal Capital Territory (FCT) and Rivers and 28 other states on Wednesday got flooding warning alert from the Nigeria Hydrological Services Agency (NIHSA).

The agency said that about 279 local government areas in the identified states are at risk following the rise in the water levels of Rivers Niger and Benue.

According to the NIHSA, the 30 states may be affected by both river and urban flooding as flood from the Niger Basin would be arriving Nigeria next month.

Its Director-General Clement Nze broke the news during a briefing on flood updates across the country yesterday in Abuja.

The director-general said 15 of the states had been experiencing urban flooding as predicted by the agency this year.

“There is high probability that more states would still be affected by both river flooding and urban flooding as flood from the upper reaches the Niger Basin and would be arriving Nigeria in a month’s time.

READ  Flights still bringing 15,000 people a day to UK with no screening

Nze said that the warning became necessary to alert Nigerians that the country would soon experience the peak of flooding season for the year 2019.

He reminded the states that river and coastal flooding should be expected to come into place as the nation approaches the peak of the raining season.

According to him, some of the flooding witnessed in some major cities and communities are expected to continue.

He said: “The localised urban flooding incidents being witnessed in some cities and communities in the country are expected to continue. The flooding incidents are due to high rainfall intensity of long duration, rainstorms, blockage of drainage system and poor urban planning resulting in erection of structures within the floodplains and waterways.

“River flooding, as well as coastal flooding, is expected to come into place as the nation approaches the peak of raining season.

“Therefore, states and local governments should endeavour to remove structures built within the floodplains, clear blocked drainage, culverts and other waterways.’’

Nze said that the agency was closely monitoring the flooding across the country with the attendant loss of lives and property.

He said that the flooding was manifesting as predicted by the agency in its Annual Flood Outlook in May this year.

The NIHSA boss added that 36 states, including the FCT, would witness various levels of flooding.

He said: “This means that the relevant stakeholders, especially the individuals and state governments, have failed to heed the flood predictions for 2019, thereby resulting in avoidable flooding incidents leading to loss of lives and property, disruption of economic activities and loss of several hectares of agricultural lands.”