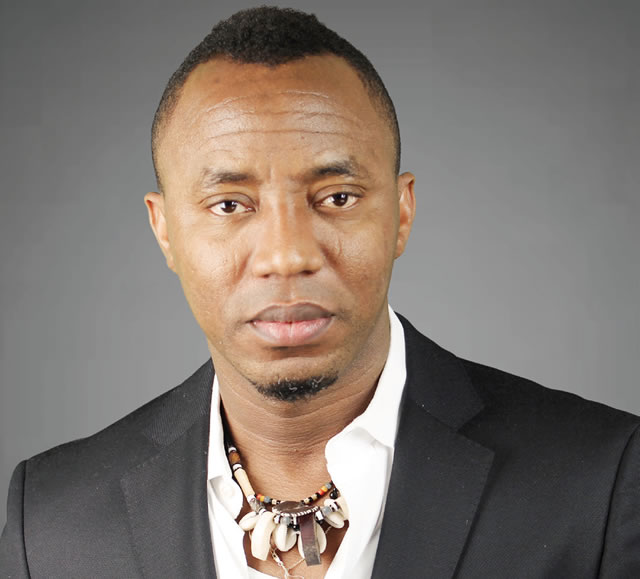 SOME activists and lawyers on Monday urged the Federal Government to charge detained pro-revolution campaigner Omoyele Sowore to court. Nigerian Bar Association (NBA) ex-Second Vice President Monday Ubani said if the government was not sure of its evidence, it should release Sowore.

His words: “If one looks at it from the position of the government, Sowore was trying to cause a ‘revolution’ and they stopped him, by arresting him. But, if I were in a position to advise the government, I will ask them to release him unconditionally, irrespective of the offence he has committed, so that it would not create more tension in the land. Already, there is too much tension in the land, because of security and other issues and so we should not do anything that will escalate it.

“Government should apply wisdom in this matter. If it has evidence that he has committed an offence, the best thing is to charge him to court; otherwise, he should be released unconditionally. Keeping him in detention would cause more agitations; it could make people go on the streets and start asking for Sowore’s release. We are just recovering from the tension generated by the protests demanding for El-Zakzaky’s release.

“I don’t know the evidence the DSS has when it said Sowore has crossed the line and threatened public safety, but the government should be tolerant to opposing views; even if such opposing views means calling it names and all that. If you look at what happens in some of these developed countries, some of the opposition figures even call their governments worse names.”

READ  Olusegun Obasanjo: We are to blame, if peace eludes us

The National Chairman of the United Progressive Party (UPP), Chief Chekwas Okorie, believes the government should charge Sowore to court immediately. His words: “The authorities would not lose anything if they promptly take him to court and if the court grants him bail, they should release him, so that we don’t continue to fill our detention centres with people that have been granted bail and government refuses to obey the order. That would be the best attitude now that democracy is being enjoyed all over the world.”

For elder statesman and Second Republic politician Alhaji Tanko Yakassai, the government was justifiably concerned by the use of the word ‘revolution’ but adds that the detained activist cannot stage one. His words: “The government was jittery about the use of the word ‘revolution’. At this time that the concept of ‘hate speech’ has gained prominence in public consciousness, anybody in power would be concerned about anything capable of inciting people. From that perspective, I see the concern of government. But, for the matter not to escalate, I think he should be taken to court; to submit the matter to the adjudication of the court, because the President swore to uphold the law.

Afenifere Publicity Secretary Yinka Odumakin said government’s plans to prevent the protesters from exercising their rights would send negative signals to the international community. He said the arrest of Sowore and other activists was a signal that things had gone bad. He added that the people have a right to protest as long as they do not damage property and that the DSS holding him incommunicado was a violation of his right.

He said: “I am sure Sowore and others did not commit any offence by calling for a protest. Revolution does not necessarily mean a violent act. Revolution can be made on media and other means. There is no basis for keeping them with DSS. They should be allowed their freedom immediately.

“This is a country where ordinary right to protest is being hampered. It absurd to not that people cannot protest, you are holding dialogue with Boka Haram because they are carrying arms. It a sign that government will only discuss with you when they know that you have the capacity of inflicting damage and that is not good enough.”

A senior lawyer, Chief Niyi Akintola (SAN), cautioned the Federal Government against making Sowore a hero. He said the government should be tactical in handling the matter. He said Sowore’s approach was wrong and blamed it on youth exuberance.

Akintola faulted his detention by the security agencies. It is a wrong approach; you don’t have

To Minister-designate, Senator Olorunnimbe Mamora, there is no absolute freedom. The security agencies know what to do when the activities of an individual or a group are intended to abridge the freedom of others.

Mamora said there are government departments assigned with specific roles to ensure due process are followed. Those concerned know what to do when an individual oversteps his bounds.

The minister-designate said the President and his aides are working to contain the insecurity. He said security is a concern of everybody not only government. He suggested that we must intensify intelligence gathering and engage in dialogue in expressing our grievances.