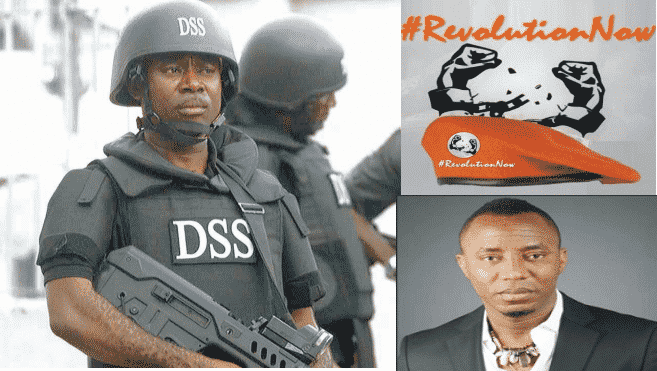 The Department of State Services (DSS) says it arrested Omoyele Sowore, ex-presidential candidate, because he threatened the public peace and safety with his planned protest.

In the middle of the night Saturday, agents of the service invaded Sowore’s residence and took him into custody. Before his arrest, he was promoting a protest tagged ‘#RevolutionNow’.

Speaking with journalists on Sunday, Peter Afunaya, DSS spokesman, said Sowore crossed the red-line by calling for a revolution, noting that the secret police would “not just sit idly and watch any individual, group and their cohorts rise and threaten the peace, unity, and constitutionalism of the country’’.

“Though there is apprehension and anxiety among citizens already, we wish to assure friends of Nigeria, and other law-abiding citizens, that there will be no revolution of any kind come Monday, August 5, 2019,” he said.

“A democratically elected government is in charge, and we cannot allow any person or group to foment chaos or fan the ember of revolution.”

Some Nigerians, including Atiku Abubakar, Presidential candidate of the Peoples Democratic Party (PDP), and Nobel Laureate Wole Soyinka have spoken against the arrest of Sowore.