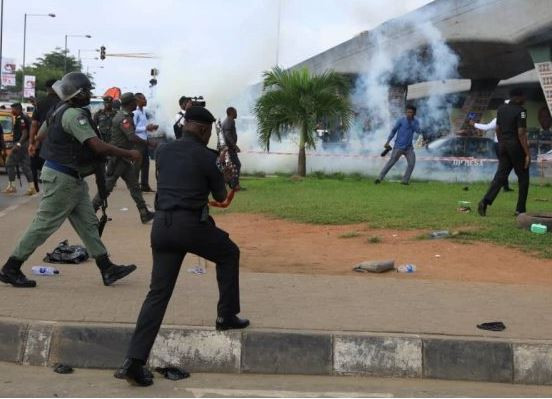 As early as 7am, armed policemen, backed by soldiers blocked the National Stadium, Surulere in Lagos, where the #RevolutionNow protest was expected to take off.

According to eye witness reports, those who were unfazed by police presence and confronted the officers were teargassed. One person was allegedly shot. And some arrests were also made, with some protesters packed inside a Black Maria.

The organisers of the protest had asked Nigerians to gather at the stadium by 8am today while the Abuja Convergence will be at Unity Fountain by 10am, according to Senami Kojah, who has been issuing press releases on behalf of the organisers.

See more photos from the clash in Lagos…