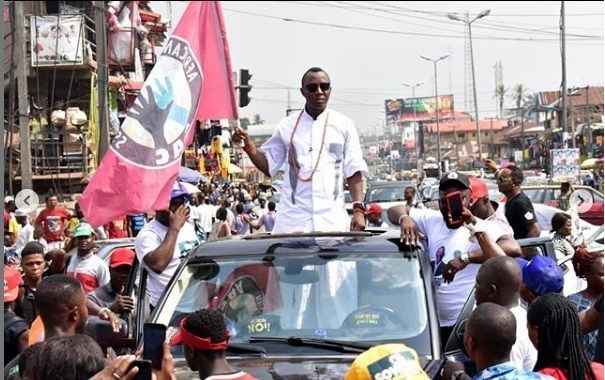 Security agents believed to be personnel of the State Security Service (SSS) have arrested Omoyele Sowore,AAC Party Chairman and the publisher of the news website, SaharaReporters.

In a statement, an associate of Mr Sowore said Mr. Sowore was taken into custody early Saturday morning.

The statement said, “Operatives of the Department of State Services have arrested pro-democracy activist and the convener of Revolution Now Protests, Omoyele Sowore.

“It was gathered that Sowore was picked up at his apartment in the early hours of Saturday.

“Sowore posted a distress tweet at exactly 1:25 am with an eyewitness confirming that his phone was forcefully taken from him.

“He also tweeted ” Ja p”, confirming his phone must have been seized while trying to raise the alarm about his arrest.

“His arrest and detention are not unconnected to #RevolutionNow, a series of planned protests against bad governance in Nigeria scheduled for August 5, 2019.

All effort to reach SSS proved abortive as at the time of filing this report on Saturday.

Mr Sowore was the presidential candidate of the African Action Congress during the 2019 election.

He was also the leader of #Take It Back, a political movement which says it wants to rescue Nigeria from corruption and misgovernance.

Mr Sowore’s activism began while he was a student of geography at the University of Lagos. He later led the Student Union in that university.