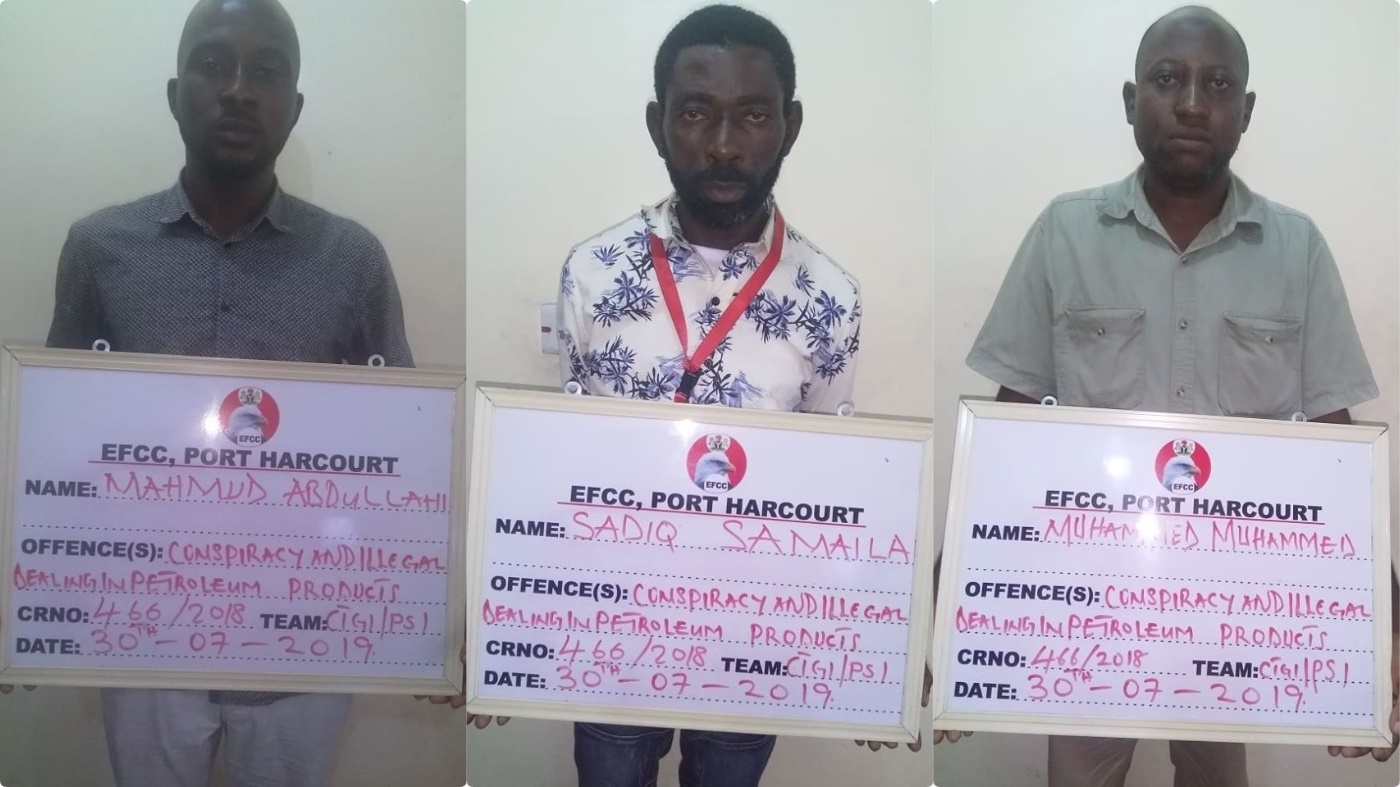 The convicts were all arraigned on Tuesday, July 30, 2019 by the Economic and Financial Crimes Commission, EFCC, Port Harcourt’s Zonal office, on one-count separate charge bordering on illegal dealing in petroleum products, contrary to Section 4(1) of the Petroleum Act, Cap P10 Laws of the Federation of Nigeria (LFN) 2004 and punishable under Section 4(6) of the same Act.

The count charge read: “That you Mohammed Abba, Adamu Usman and Babangida Audu on or about June, 2018, in Port Harcourt, Rivers State within the jurisdiction of this Honourable Court did distribute petroleum product (Automotive Gas Oil) with Mack Truck with registration number YLA 112 ZV, without Licence and thereby committed an offence contrary to Section 4(1) of the Petroleum Act, Cap P10 Laws of the Federation of Nigeria (LFN) 2004 and punishable under Section 4(6) of the same Act”.

The defendants pleaded guilty to their one count separate charge when read to them.

In view of their pleas, prosecuting counsels, S. Chime, M.T. Iko and C. Okorie urged the court to convict and sentence them accordingly.

But counsels to the defendants (before being convicted): D. G Uduru; M. M Suleiman; Joseph Omogba; A.B Abdulahi and C.N.Wolucho did not oppose the prayers of the prosecution counsels.

The Judge also ordered that the petroleum products they were caught with be forfeited to the Federal Government.