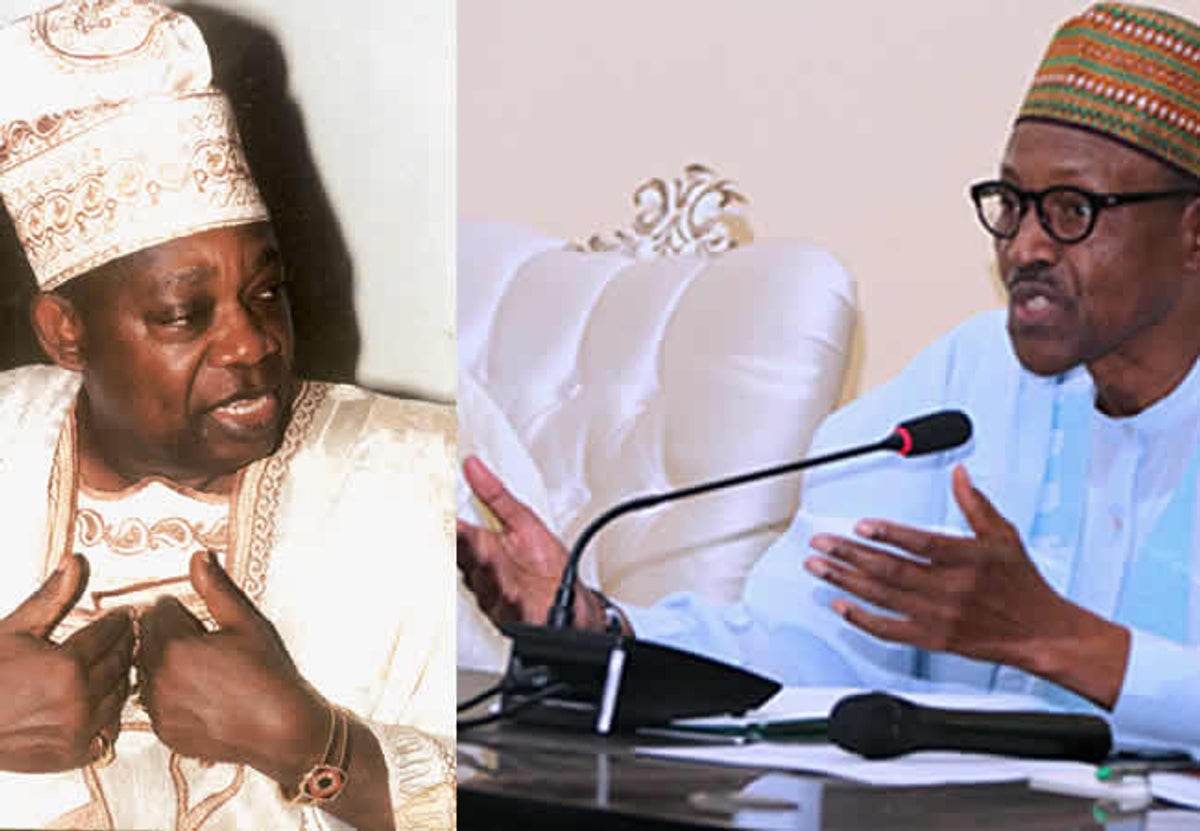 President Buhari has described late MKO Abiola as a bridge builder who could have prevented the religious and tribal issues besetting the country now from coming up if he had been allowed to rule Nigeria.

The President stated this today in Abuja when he received elders and leaders of thought from Ogun State at the State House.

“If MKO Abiola was allowed to rule, the religious and tribal issues now in Nigeria would not have been as strong because he ran on a Muslim-Muslim ticket, chose his deputy from Kanuri, a minority tribe, and because of his personality, he went across Nigeria and was accepted. He used his resources and energy to convince Nigerians that all he wanted was a solid Nigeria and nothing else.”

President Buhari also said that he named the National Stadium, a national monument, after the late politician because he knew that the youths would, in future, want to find out why such an important national institution was named after MKO Abiola. He expressed appreciation to Governor Dapo Abiodun for mobilising such a strong delegation to thank him for the gesture towards their illustrious son.

The Ogun State delegation, led by the governor, had come to thank the President for the honour done to Abiola, a native of Ogun. President Buhari had conferred on Abiola the highest national honour, Grand Commander of the Federal Republic (GCFR), for his ultimate sacrifice in enthroning democracy.