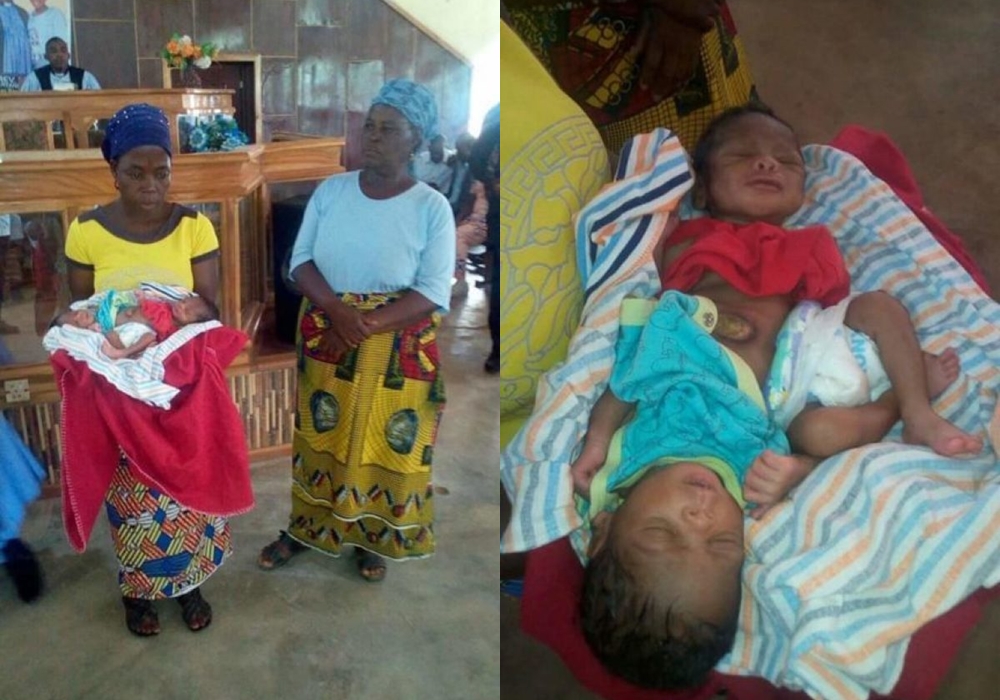 A Reverend pastor, Teryange Nyaghve introduced her to N.K.S.T worshipers and asked the congregation to help her. The case of Nigerian women giving birth to conjoined twins is not particularly rare in the country as there are a handful of cases that has been reported over time.

Earlier in May this year, a house wife, Habiba Usman, who resides in the Ningi local government area of Bauchi State was reported to birth conjoined twin girls.

Habiba’s husband, Suleiman Usman, who spoke to Daily Trust at the time, said she had a miscarriage two years ago and became pregnant last year.

Usman said that his wife showed slight signs of labour for about five days so he took her to the hospital where she was attending ante natal clinic.

“When we went to the hospital we were told to go for a scan and after the scan the doctors told us that she had to be operated upon after which they were delivered with the unusual twins. Since their birth, people have been trooping to the hospital to catch a glimpse and the thing is becoming unbearable because we have to call security to control people. We don’t know how we can cope when we are discharged from the hospital” he said

“When a scan was conducted, it showed that they were lying in a position that will not allow their passage through the birth canal so we recommended a CS to remove them. In the course of the operation we discovered that they are conjoined twins. They are healthy but they have only one stomach, four arms, and three legs. So their physiology is very delicate,” he said