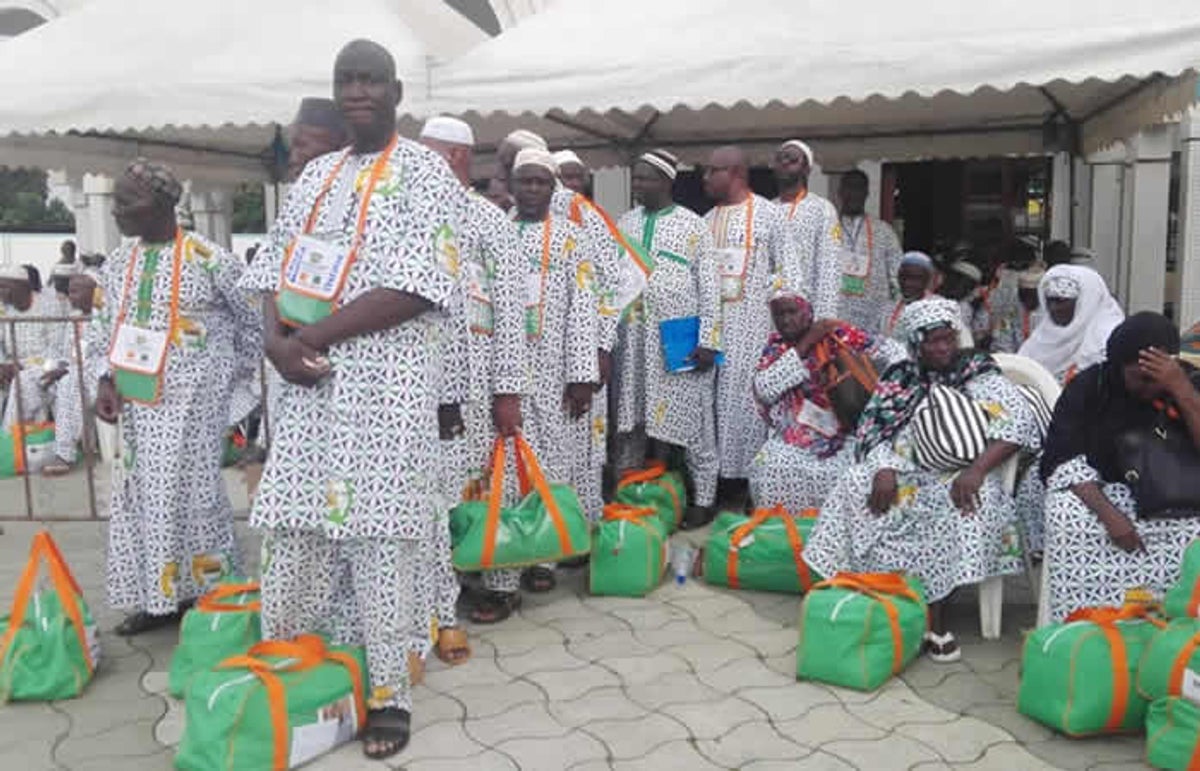 About 500 intending pilgrims to the 2019 Holy pilgrimage in Saudi Arabia from Ondo, Ekiti, Kwara and Oyo states in the early hours of Monday disrupted activities at the Ilorin International Airport to protest delayed flight to the Holy Land.

The pilgrims, who began their protest at about 3am, blocked the Ilorin/Ogbomoso/Ibadan Expressway and shut the gate to the airport, preventing workers from going in and out of the complex.

They alleged that they had been in the Ilorin hajj camp for 15 days without aircraft to lift them to Saudi Arabia and were subjected to poor and unhygienic condition at the camp.

One of the protesters, who identified himself as Ayobami Muftau, said, “We have been in the camp for 15 days, sleeping on bare floor and buying food at exorbitant prices from our purse.

“We were moved to the airport on Saturday based on the promise that aircraft would convey us to Jeddah at 11pm on Saturday. Up till now, we have not seen the aircraft and there was no explanation from the concerned authorities.”

Another pilgrim from Ekiti State, Usman Isa, said the pilgrims were exposed to harsh weather conditions as “all of us, both male and female were made to sleep in the open hall at the hajj camp and airport.”

The acting Manager of the airport, Mr Deji Eniola, said the problem started by Med-View Airline, which was appointed to convey them to Saudi Arabia.

He said they had expected the airline in Ilorin since Saturday. “There is no explanation from the management of the airline on why it has not come to airlift the pilgrims,” he said.

The Kwara State Government, however, said on Monday that none of the pilgrims that protested at the airport paid their Hajj fare to the Kwara State Muslim Pilgrims Welfare Board.

A statement by the Chief Press Secretary to the governor, Rafiu Ajakaye, said all the 2,026 intending pilgrims that paid to the state Muslim Pilgrims Welfare Board had been airlifted to Saudi Arabia.

The statement read, “We wish to clarify that every intending pilgrim registered with the Kwara State Government has since been airlifted to Saudi Arabia for the 2019 hajj.

“There are a total 2,026 pilgrims from the state, the last batch of which took off on 24 July, 2019, according to figures from the state pilgrims’ board.

“To that extent, the protest this morning at the Ilorin International Airport was by some intending pilgrims from neighbouring states. This has no connection whatsoever with the Kwara State Government or officials of Kwara State Muslim Pilgrims Board as is being claimed by some persons.”