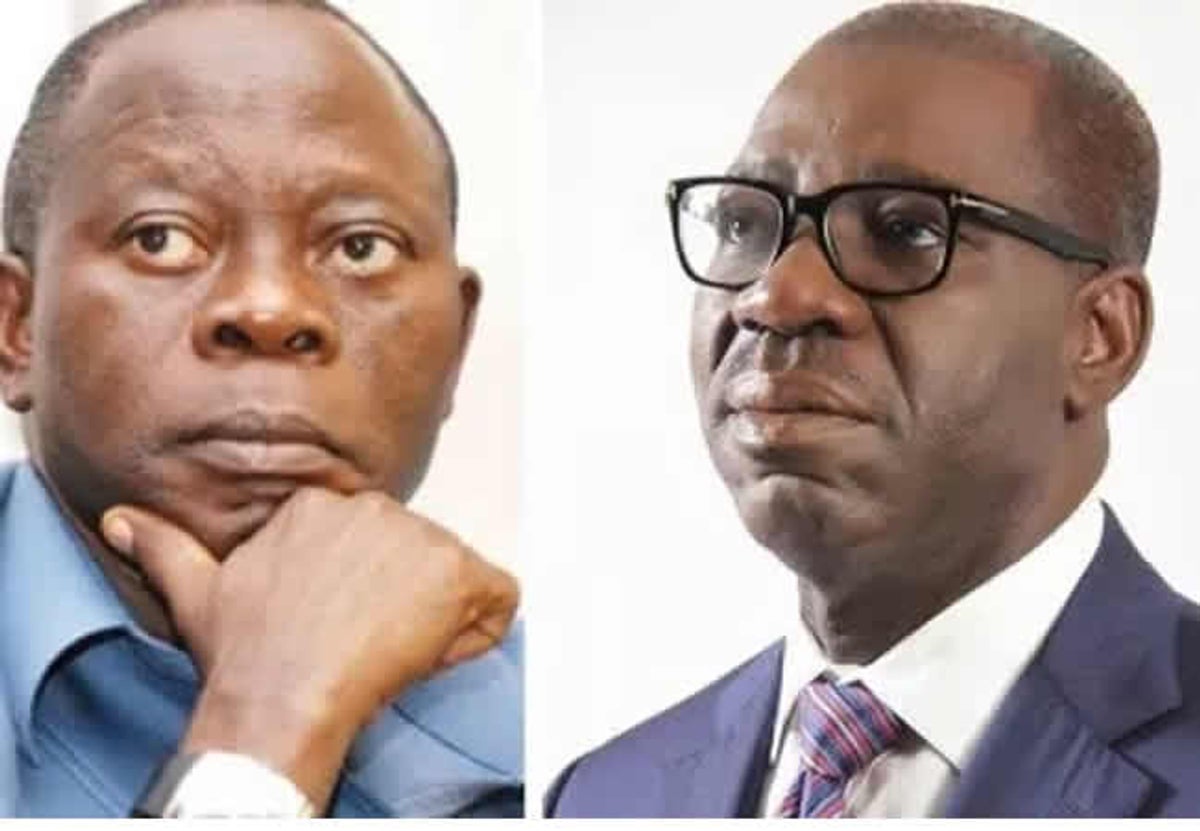 The local chapter of the All Progressives Congress (APC) in Edo State has blamed the perceived feud between Governor Mr. Godwin Obaseki and the national chairman of the APC, Adams Oshiomhole on some selfish individuals.

Rubbished the claims that Obaseki and his predecessor are loggerheads over the control of the state and leadership tussle in Edo State House of Assembly, the state wing of the party said those that “are feeling uncomfortable with the reforms introduced by the incumbent” have been trying to put a wedge in-between the two leaders.

The Edo State APC Chairman, Anselm Ojezua, who revealed in an interactive chat with reporters in Lagos, blamed the crisis on the deceptive nature of players in the state’s political space.

He pointed out that the state has been in the news for the wrong reasons because certain individuals who had hijacked the resources of the state in one way or the other resorted to blackmail and misrepresent facts to strain the relationship between the governor and his predecessor.

According Ojezua, the reformed introduced by the present administration has blocked such elements from collecting and diverting revenue meant for the development of the state.

He said the challenges before the party in state was beyond the leadership tussle in the House of Assembly. Ojezua said: “It is just that Third party is trying to create problem between our national chairman Comrade Adams Oshiomhole and Governor Obaseki. The developments in recent times have whittled down the tension created by the crisis.

“The national chairman of the party has discovered the ulterior motives of the political jobbers going to him in Abuja to spread all sorts of falsehood that the governor has dumped the blueprint drafted to make Edo State attractive for investments to boost economic prosperity of the state in order to rubbish Oshiomhole’s regime, or that the governor is against his people or that the party was bound to lose the next election if the governor is allowed to continue in that direction. Our national chairman now knows better and we are talking and back to where we ought to have started.’’

He explained that the party decided to throw its weight behind the governor because of his resolve to take the state to next level of development.

On how to resolve the impasse in the House of Assembly, the party chair said nobody has prevented the remaining 12 lawmakers from being inaugurated.

He said that that the Obaseki-led administration has deployed enormous resources to ensure the transformation of the education.