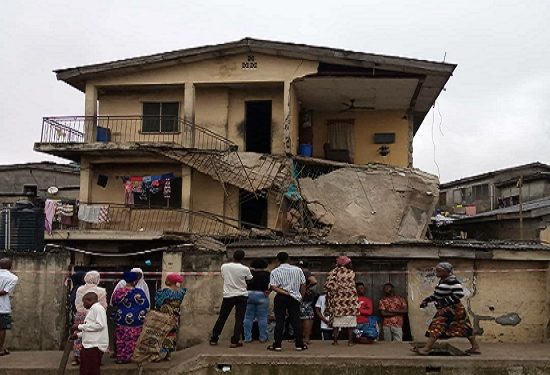 A three-storey has reportedly collapsed in the Ososa area of Bariga, Lagos State.

The building was said to have collapsed around 9.30pm on Sunday.

Five persons were said to be rushed to a private hospital with no death recorded.

As at Sunday night, men of the Lagos State Fire Service were already on the ground but were unable to gain entry because the road to the scene was really bad and not motorable.

There is no emergency rescue at the scene as at the time of this report.