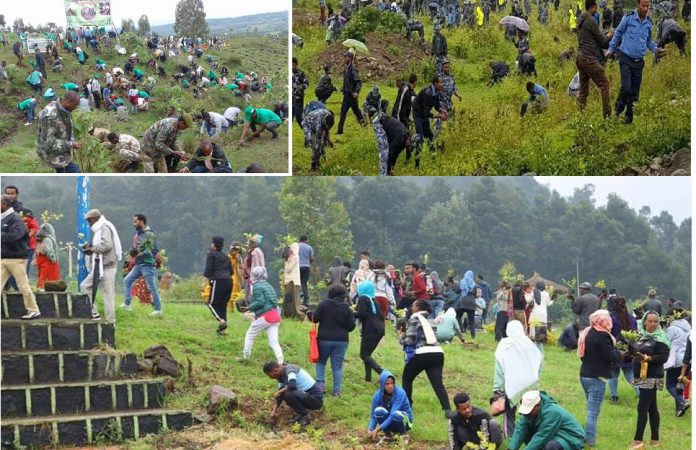 Ethiopians dug in to help plant more than 200 million trees in the climate change-ravaged country on Monday, breaking the previous world record.

“Today Ethiopia is set in our attempt to break the world record together for a #GreenLegacy,” Prime Minister Abiy Ahmed’s office tweeted earlier in the day.

Some schools and government offices were closed for the occasion and the prime minister told fellow Ethiopians to “go out and make your mark,” as he planted his own tree in the southern city of Arba Minch.

Abiy’s Green Legacy initiative, launched in May, aims to plant a total of 4 billion trees by year’s end.

“In recent years environment has become a key issue in Ethiopia.