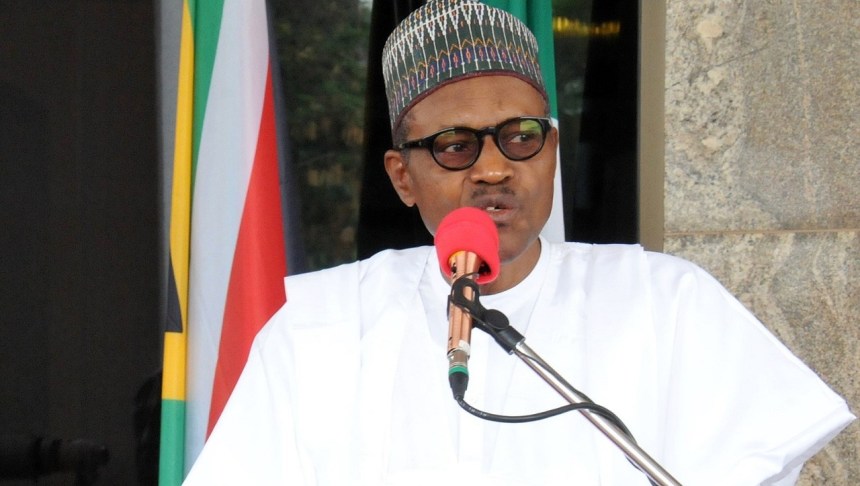 Four years after sweeping into office, President Muhammadu Buhari, has lifted the lid on the efforts that went into building the All Progressives Congress (APC) into a winning party.

Four parties – Congress for Progressive Change (CPC), All Nigeria Peoples Party (ANPP), Action Congress of Nigeria (ACN) and All Progressives Grand Alliance (APGA) – dissolved into what became APC ahead of the 2015 elections.

Buhari says all the four parties came to the “painful realisation” that none of them could defeat PDP as separate entities hence the need for them to merge.

The significance of the merger, according to him, was underscored by the fact that the future of Nigeria was tied to it.

Buhari shares his view in a July 2019 foreword to a book, “Power of Possibility and Politics of Change in Nigeria” by the Director-General of Progressive Governors Forum (PGF), Comrade Salihu Mohammed Lukman.

The President said he spoke with the National Leader of APC, Asiwaju Bola Tinubu and Chief Bisi Akande at the commencement of the merger negotiations about the need to have a broad-based national political party

He said if the opposition parties had failed, it would be difficult to imagine what would have happened to them.

He said as at the time the merger talks got underway, only the Southwest was a secured constituency.

The book, which is yet to be launched, has been made available to all APC leaders at all levels, governors and other stakeholders.

Going into the details of the emergence of the APC, the president said: “At one point, we in the four former opposition parties, the Congress for Progressive Change (CPC), All Nigeria Peoples Party (ANPP), Action Congress of Nigeria (ACN), and All Progressives Grand Alliance (APGA), came to the painful realisation that there was no way we could defeat the then ruling Peoples Democratic Party (PDP) as separate entities without coming together as a united force.

“So, having agreed to come together, we decided to set up committees to look into how we can best merge to form a formidable opposition party. After that each of the four parties developed the terms of reference for the committees on the modalities of the negotiations for the merger.

“We, however, made it clear that none of the committees has the power to take any final decision on the merger. Their work was mainly to discuss with their party members and report the outcome of the discussion to the leadership of their parties.

“The understanding was that the final decision regarding how to go about the merger would be made by the executives of each of the parties. We wanted to make the process as democratic as possible.”

The President said the merger was significant in the nation’s history and ought to be a major research question.

He disclosed the merger template he discussed with the National Leader of APC, Asiwaju Bola Tinubu and the Interim (pioneer) National Chairman of the new party, Chief Bisi Akande.

He said if the merger had failed, Nigeria would have been worse for it.

“The decision to come together and agree to merge to become a strong opposition party that will face PDP was historic. In my reckoning, it was one of the most significant political development in contemporary Nigerian political history. I hope historians will record the events correctly,” he stressed.

“I would recall speaking to Asiwaju Bola Tinubu and Chief Bisi Akande at the commencement of the merger negotiations about the need to have a broad-based national political party, because at that point the South-West geopolitical zone of the country was the only secured constituency, while there were sharp divisions in the other geopolitical zones (North West, North East, North Central, the South East and the South South).

“We eventually succeeded in coming together. It was a major sacrifice made by the leadership of the respective political parties. And the significance of this event was underscored by the fact that the future of Nigeria was tied to it. Which is why for historians and political scientists, it becomes a major research question.

“I always wonder what would have been the political, economic and security consequences to the country without the merger of the old opposition parties and seizing political power from the ruling PDP democratically.

“I wonder how many people have taken the time to reflect on this development and make projections as to what could have happened if the opposition had failed to come together to take away power from PDP.”

Despite criticisms on his performance in office, Buhari said: “Anyway, as a result of this historic decision we are changing Nigeria for good.”

He said his administration has succeeded in averting the nation’s downward slide under PDP government.

He said: “I have been constrained to go public several times to remind Nigerians where this country was economically and socially and the deplorable conditions of the nation’s infrastructure, despite the unprecedented huge earnings from oil exports between I999-20l4, and how the then ruling PDP squandered nation’s resources and opportunities.

“Fortunately, we have been able to reverse this downward slide in such a short period of time, even under more challenging circumstances from 20I5 to date.

“I feel that without coming together, we would not have been able to achieve this feat. And Nigeria will be the worse for it. We remain the only hope of the country in terms of charting a politically stable and economically prosperous future for our people.

“I will, therefore, encourage us to continue leading this country effectively, now that Nigerians have entrusted us with a mandate once again to chart the course for the future of our beloved nation.

“There is no doubt that we have the popular support of Nigerians. l have seen this myself when I went around the 36 states and FCT during the electioneering campaigns. The turnout of people and messages of goodwill across the country was what no individual, party or government could organize or buy. It was purely a demonstration of confidence in our Administration and its political platform, the All Progressives’ Congress (APC), the product of the merger.

“The multitudes that trooped out to see me and hear me out was reassuring that Nigeria, despite its cultural diversities, are united on the imperative of change.

“Our duty as leaders is to ensure that we keep this nation united, build a better future for the citizens and the coming generation.”

Governor Kayode Fayemi of Ekiti State, in a separate contribution on the merger, described it as a demonstration of the fact that in life nothing is impossible.

According to him, “With clear convictions, we have demonstrated that in life nothing is impossible. Having succeeded in merging our legacy parties in June 2013, the same cynical mind set of many conservative Nigerians hardly expected the electoral defeat of PDP in 2015.

“This has not only come to pass but was replicated in 2019. Today, the cynical commentary is to dismiss the APC, its leadership and all its governance initiatives as hopeless.

“We will remain resolute and continue to drive political processes and governance to intensify delivery of public good for improved citizens’ welfare.

“At all times, our politics under APC will be about negotiating towards producing all the good outcomes that will make our country and our people great.”