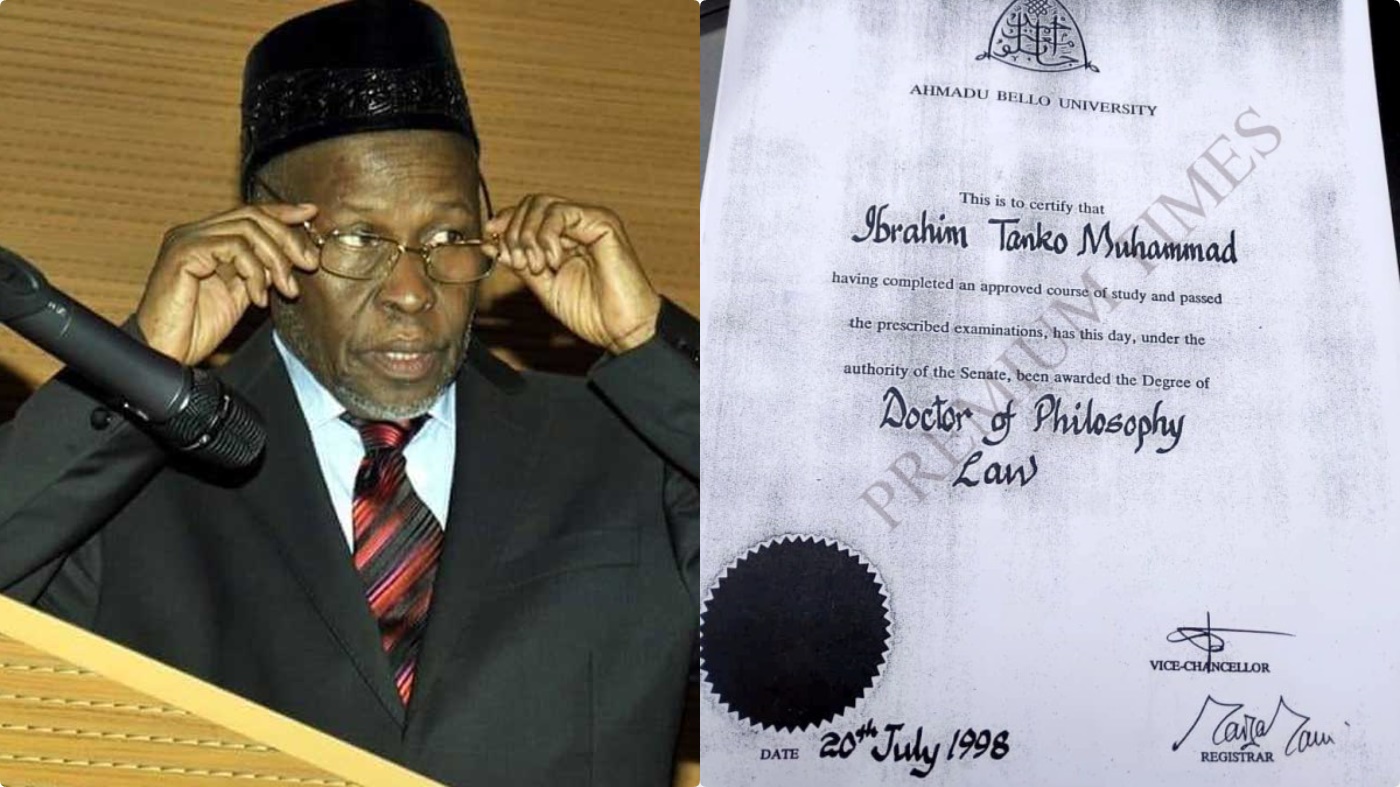 Mr Muhammad said the termites invaded his home in Bauchi State in 1998 and devoured all documents inside beyond recovery.

“No portion of the certificate was salvaged,” Mr Muhammad said.

The claim was contained in an affidavit which the top jurist submitted to the Senate last week to be confirmed as the head of the Supreme Court.

The specific affidavit has been circulating on social media since Monday night, but PREMIUM TIMES has obtained additional credentials relating to Mr Muhammad’s confirmation from parliamentary sources.

Mr Muhammad swore the affidavit on February 13, 2002, while he was a judge at the Jos Division of the Court of Appeal. He became a Supreme Court judge in 2007.

President Muhammadu Buhari nominated Mr Muhammad as the Chief Justice after he controversially removed Walter Onnoghen in the lead up to the 2019 general elections.

Mr Muhammad, who spent his early years on the bench as a Sharia court judge, immediately faced allegations of age falsification.

Mr Muhammad denied the allegations, and a federal judge later ruled on May 31 that the complainant had no rights to file the lawsuit.