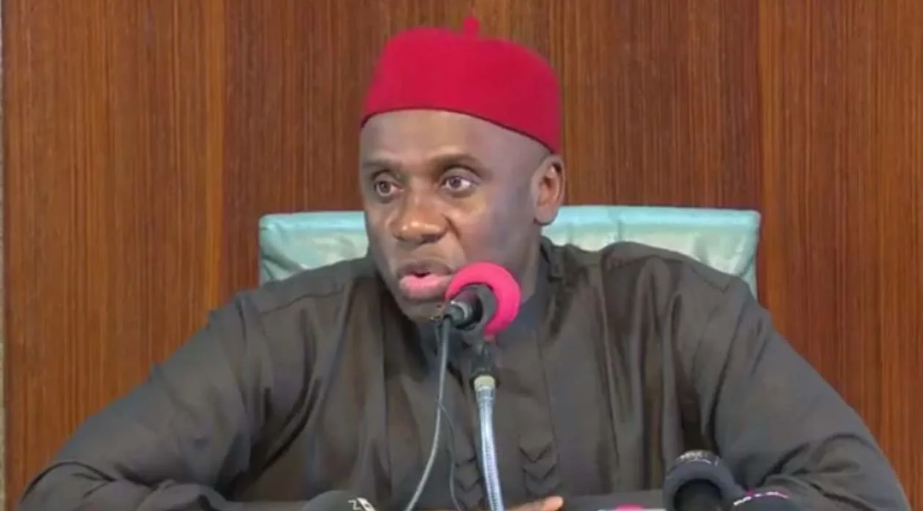 The Senate President on Wednesday asked the immediate past Minister of Transport, Rotimi Amaechi, at the ministerial screening, not to answer any questions but “take a bow”.

Lawan said Amaechi, being a former Speaker of the Rivers State House of Assembly, was a lawmaker and thus should be protected from questioning.

Incidentally, Amaechi was grilled by the 8th Senate led by Senator Bukola Saraki.

The Senate President, who has been accused of being President Muhammadu Buhari’s stooge, was, however, in for a shock when Gombe-Central lawmaker, Senator Danjuma Goje, noted that the Senate rules do not extend the “take a bow” privilege to state lawmakers.

Goje, who is also a former House of Assembly member, said he wasn’t shown a similar gesture when he was nominated a minister as he was fully grilled by the Senate.

In his response, the Senate President said even though the Senate rules do not “apply to state lawmakers”, Amaechi should be extended the courtesy.

The Senate President said, “I agree totally that it is not in our rules but we can regulate ourselves even without things in the rules. So, we adopt this because we should extend this privilege to the House of Assembly. I think there is nothing wrong in that. The nominee (Amaechi) is just a beneficiary by chance. We are not doing this for him.”