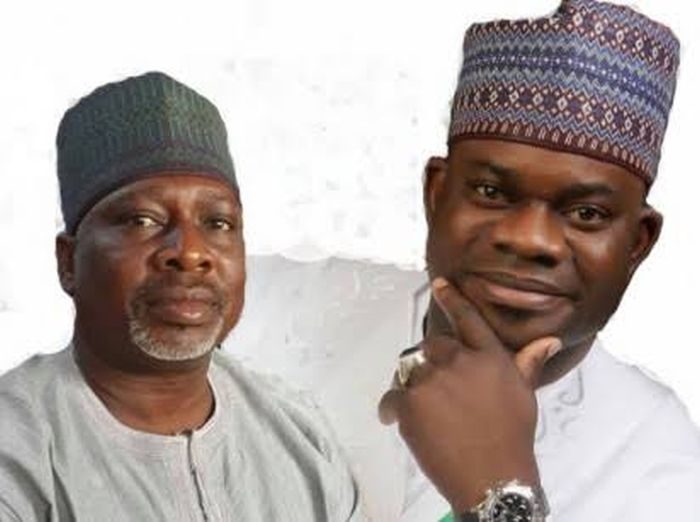 The rifts between Governor Yahaya Bello and his Deputy, Elder Simon Achuba, has taken a different dimension, with the later giving the governor 7-day ultimatum to pay up his outstanding allowances or risk legal suit.

A pre-action notice signed by Femi Falani (SAN), on the instruction of Elder Achuba, is requesting for the release of all statutory allocations due to the office of the deputy governor but withheld since 2017.

The letter was made available to newsmen Tuesday night with the title, ‘Demand Notice: Request for the release of all statutory allocations due to the office of the deputy governor of Kogi State amounting to the total sum of N819,709,980.00 (Eight hundred and nineteen million, seven hundred and nine thousand, nine hundred and eighty naira) only for 2017, 2018 and 2019 memo approvals’.

“Our client has informed us that your Excellency’s Administration has consistently refused to give approval for the release of funds for the smooth running of the office of the Deputy Governor even after memos to that effect have been approved by your office. In particular, the statutory allocations approved for the office of the Deputy Governor have been withheld by the State Government since 2017.

“The accumulated statutory allocations the state government has withheld is N819, 709, 980. 00 (Eight Hundred And Nineteen Million Seven Hundred And Nine Thousand, Nine Hundred And Eighty Thousand Naira) which includes travel allowances. hotel bills. pledges and outstanding monthly impress and salaries due to our client as the Deputy Governor of Kogi State. These said statutory allocations are duly captured In the Kogi State Appropriation Laws of 2017, 2018 and 2019 supported by various memos sent your office since 2017 which were duly approved without cash backing till date.

“Notwithstanding the fact that the statutory allocations have been illegally withheld our client has continued to carry out his functions as the Deputy Governor of Kogi State. In as much as our client is prepared to continue to discharge the enormous responsibilities of his office, he is currently hampered by lack of funds which has wide-ranging implications for the State even as It prepares for the forthcoming gubernatorial election.

“In view of the foregoing, we have our client’s instructions to request Your Excellency to use your good offices to ensure the immediate payment of the withheld statutory allocations legitimately appropriated for the office of the Deputy Governor of Kogi State since 2017”, the letter reads in part.

The lawyers are threatening to seek redress In the National Industrial Court, “if our client’s request is not granted within seven days of the receipt of this letter”, saying they had the Deputy Governor’s instructions to act as such.

“It Is hoped that Your Excellency will not allow our client to resort to litigation In respect of this matter as that may embarrass the Government of Kogi State,” the notice submitted.