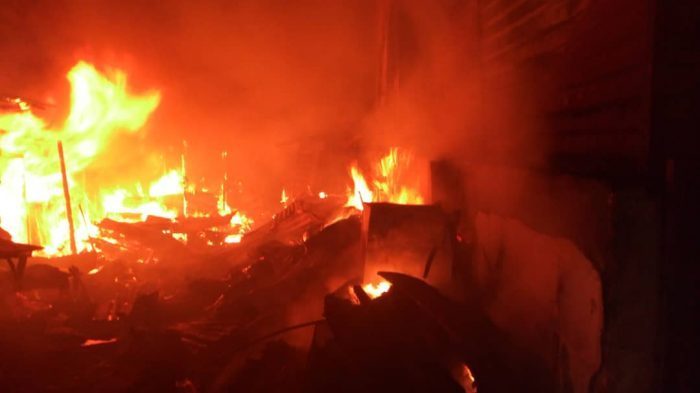 Several buildings in the market were destroyed as the fire razed on in the night.

Executive Director, Lagos State Emergency Management Authority, LASTMA, Femi Oke-Osanyitolu said on arrival of LRT at the scene of the incident, it was discovered that the buildings which housed several shops selling clothing materials and other goods were on fire.

He said the actual cause of the fire was not known.

The LASEMA boss added that the actual loss would be determined upon conducting post disaster enumeration after the fire had been put out.

“The operation is still on going, our responders at the scene include: LASG Fire Service, NSCDC, NPF and LASEMA,” he said.