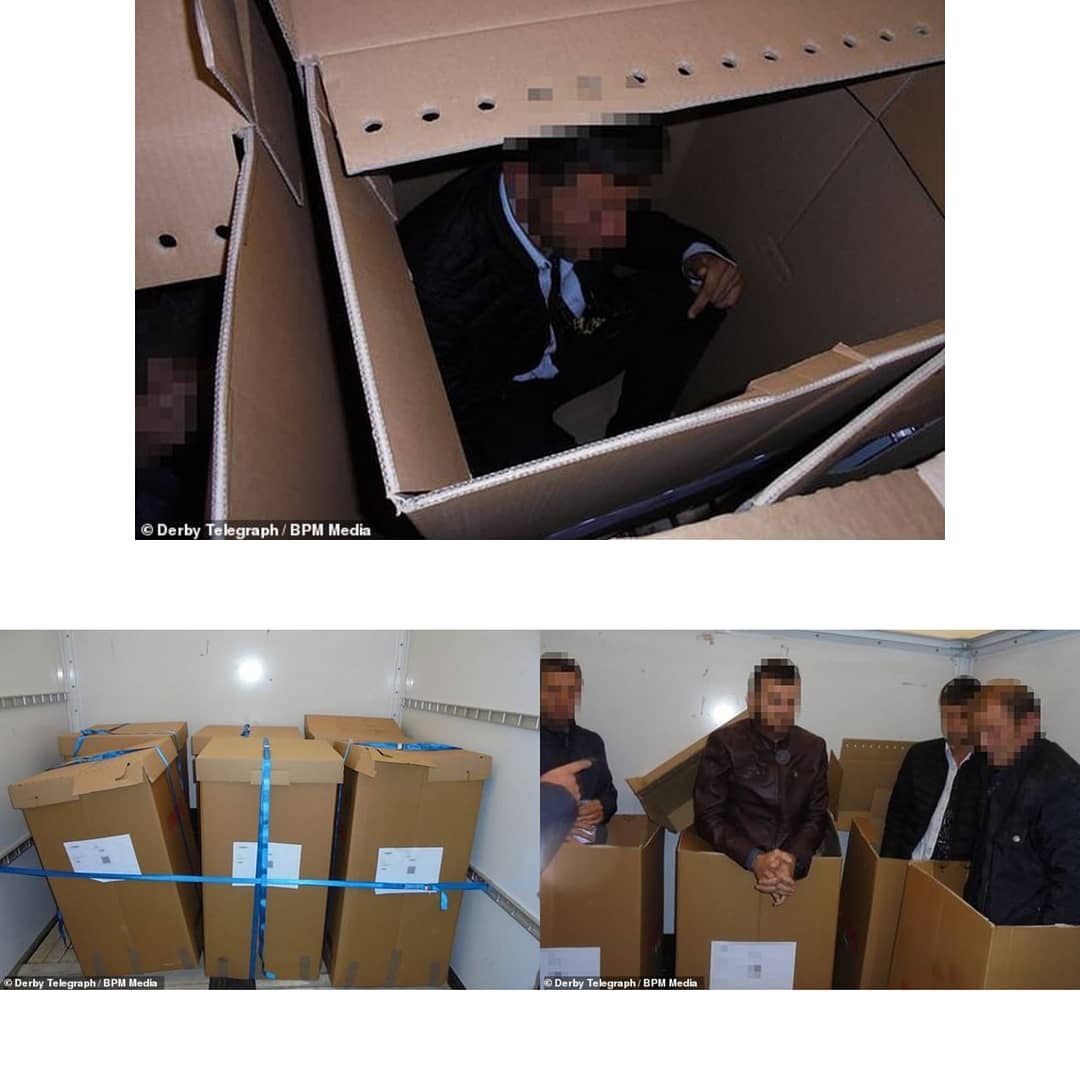 Four Albanian migrants were caught taped inside large cardboard boxes in the back of a van after they paid 700 Euros each to be smuggled into the UK.

The men were traveling from Frankfurt toDerby, in Calais before it crossed the Channel to the UK when Border guards stopped their van. .

According to Daily Mail, the men had paid more than 700 Euros each to a people-smuggling gang, one of whom has now been jailed.

Vladmir Tollumi, 39, was identified as one of four people trafficking illegal immigrants into Britain. The three others have not been traced .

Tollumi pleaded guilty to one count of conspiracy to assist the unlawful immigration of a non-EU citizen into a member state.

Jane Cochran from East Midlands Criminal and Financial Investigations (CFI) was in court in Derby to see him sentenced. .

She said: ‘Tollumi may not have been driving the vehicle in which Border Force found the illegal migrants, but he was an integral part of the criminal enterprise.

‘CFI’s investigations found that prior to the offence, Tollumi had made deliberate attempts to cover his tracks by registering mobile phones and legal paperwork to false addresses. .

. ‘However, hundreds of phone calls made by him on and around the offence date, together with other evidence uncovered by CFI, linked him directly to the offence.

‘People smuggling is a trade that is motivated by financial gain, preying on those who are most desperate. Our officers specialise in disrupting this type of immigration crime and will not hesitate to bring those responsible before the courts.’

READ  ‘We Have Nothing Against Nigerians, There’re 1.5 Millions Living Legitimately’ — Saudi Arabia