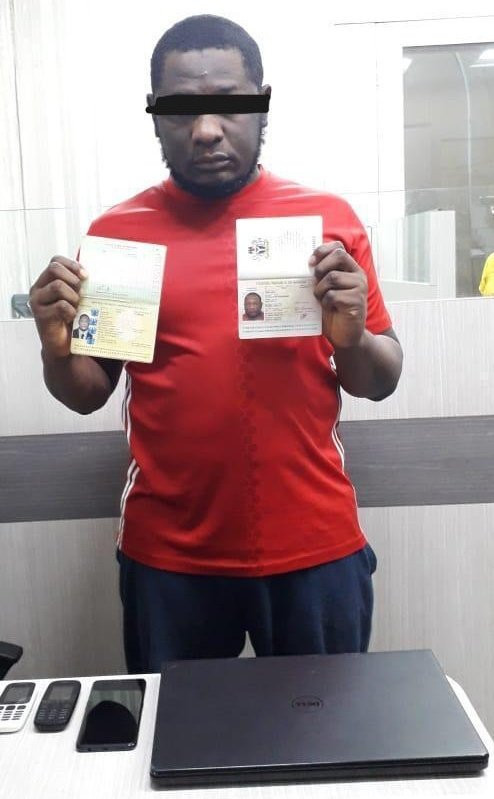 A Nigerian national was arrested last week by the Cyber Crime police station of Kolkata Police, India for allegedly duping a local man to the tune of Rs 9 lakh by offering him a job in a reputed company abroad.

According to police, the accused identified as Echezona Emmanuel Onyendi alias Tony Kevin, had promised Anirudhha Bahattacharya, a Marine Engineer a job and demanded money.

Bahattacharya lodged a complaint at the Cyber Crime Cell alleging that he paid Rs 9 lakh for a job abroad but received false documents and papers.

Bahattacharya was given an email address and few phone numbers. After he paid the money in the bank account number provided by the Nigerian, all contacts were cut off from his end.

During investigation, sleuths found the mobile number’s location in Bengaluru which was used to dupe the victim.

A raid was conducted in this regard at Jigani PS area in Bangalore and arrested the accused in Woodland Heights Apartment, 260/2/1, Rajapura, PS- Jigani, Bengaluru.

A laptop and two passports ( Ghana and Nigeria) were seized from his possession out of which one passport supposed to be fake.

The accused person was produced before the Ld. CMM, Calcutta and the Ld. Court remanded him Police Custody till Saturday, July 20.