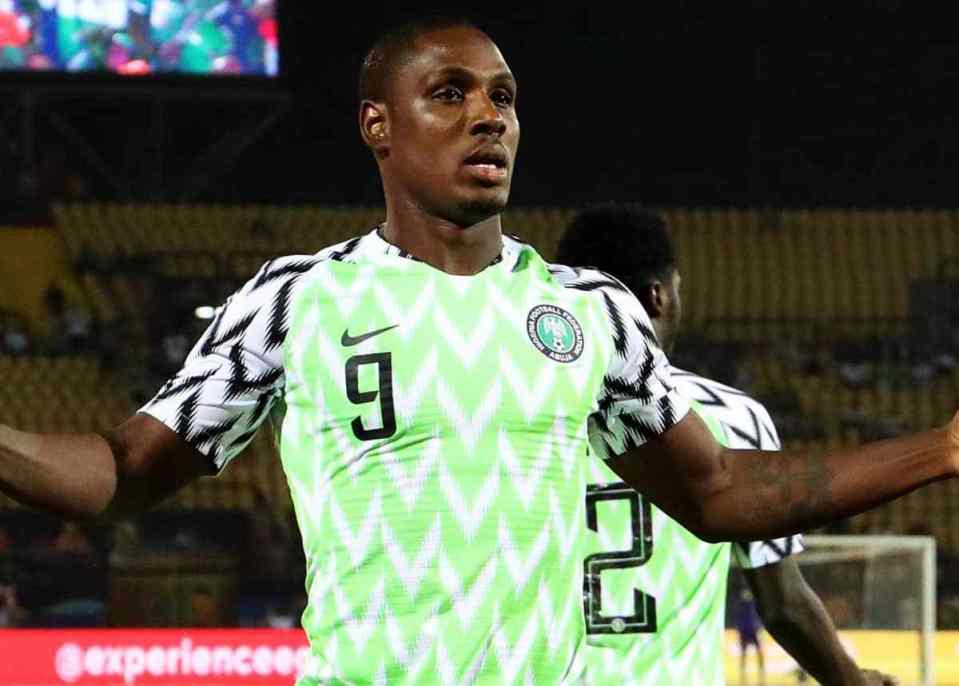 Despite not making it to the final of the tournament, Super Eagles’ striker, Odion Ighalo, has emerged as the top scorer of the 2019 Africa Cup of Nations, AFCON, in Egypt on Friday night.

Algeria defeated Senegal 1-0 in the final to win this year’s AFCON in Egypt after 29 years.

Ighalo netted the winner for the Super Eagles, as they claimed bronze with a 1-0 win over Tunisia on Wednesday.

It was his fifth goal of the tournament.

The Shanghai Shenhua striker has two ahead of three players, who are tied on three goals each: Cédric Bakambu (Congo DR), Sadio Mane (Senegal) and Adam Ounas (Algeria).

Ighalo, who plays for Shanghai Shenhua in China retires as the country seventh all-time highest goalscorer in the national team history after 16 strikes in 35 appearances. He started his career with U20 team and later made his senior debut during an international friendly match against Uganda in March 2015.