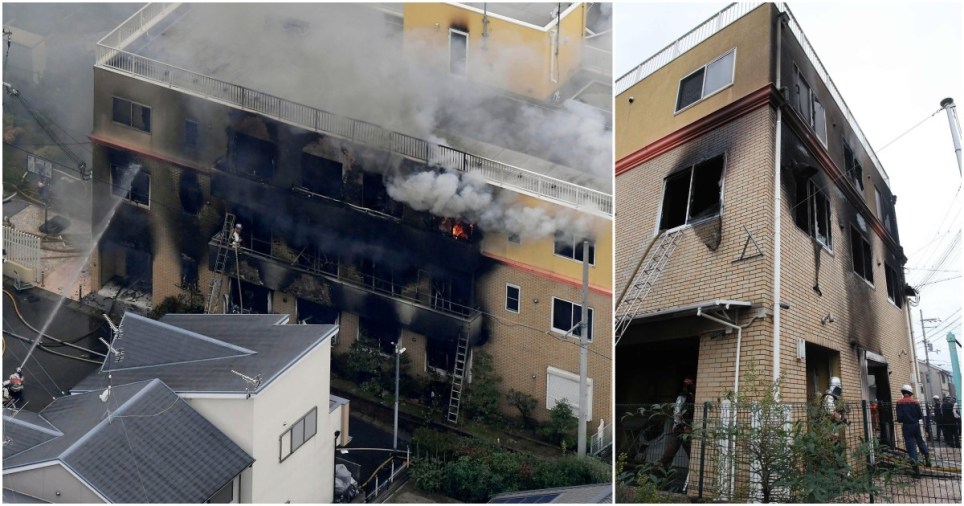 Thirteen people were killed and dozens injured in a suspected arson attack on an animation production company in Japan on Thursday, with flames gutting the building in the city of Kyoto.

Officials said 35 people had been injured in the fire, 10 of whom were in serious condition, and local media said around 70 people were believed to have been in the building when the fire started.

Police said the fierce blaze appeared to have been started deliberately but there was no immediate information on a possible motive.

There were fears the toll could rise further, with officials saying they believed several more people had failed to escape the fire.

“Twelve people were found in cardio-respiratory arrest on the ground and first floor,” a fire department official told AFP, using a phrase commonly employed in Japan to signify victims have died but their deaths have not yet been officially certified.

“Also, several other people appeared to have failed to escape on the second floor,” he added.

Footage of the blaze showed thick white smoke pouring from the windows of the three-storey building. Its facade was charred black on much of one side where the flames had shot out of the windows.

“Rescue operations are continuing, and we are trying to bring out several victims who are trapped inside… including ones who may not be able to move by themselves,” a second fire department spokesman said.

Public broadcaster NHK reported that a man had been detained in connection with the blaze and was later taken to hospital for treatment. It reported that the suspect had poured a gasoline-like substance around the building and said “drop dead” as he set fire to it.

Police said they were still investigating the cause of the fire but it was a suspected arson attack.