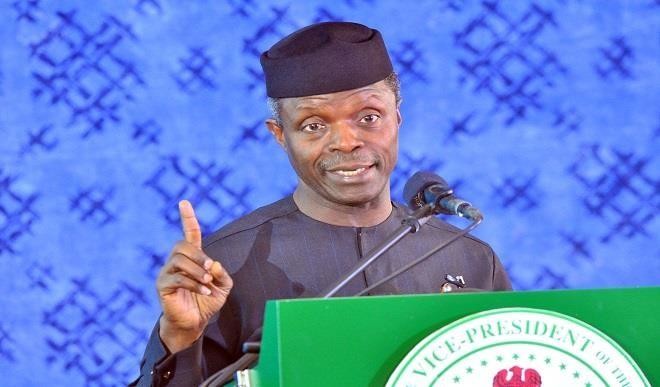 The federal government said it plans to move the Gross Domestic Products (GDP) from the current 15 per cent to 25 per cent between the next two and four years.

Speaking at the Nigeria Employers’ Consultative Association (NECA) 62nd Annual General Meeting (AGM) in Lagos, Vice President Prof Yemi Osinbajo said this will be achieved through the various economic policies put together by the government.

He said government will intensify efforts on the implementation of the Economic Growth and Recovery Plan.

Represented by Former Special Adviser to the President on Economic Recovery, Mr Yomi Dipeolu, the Vice President said: “On efforts made so far to reinvigorate the economy, include several economic and fiscal policies, which included rebuilding fiscal buffer, enhancing Forex reserve, improving the ease of doing business and focusing on import substitution, had been undertaken by the present administration.”

The Second Vice President of NECA, Mr Mauricio Alarcon, in his address said challenges of operational hiccups experienced at the port remained one year after the Presidential Executive Order to promote transparency and efficiency. He called for urgent infrastructural development at the Lagos Port as the country has lost about N6 trillion across different sectors due to the Apapa gridlock.

”Survey by the OPS showed that Nigeria lost about N3.06 trillion on non-oil export and about N2.5 trillion earnings annually across the different sectors due to the Apapa gridlock,” Alarcon said.

He said the now that the general election was over; the government should look at reforms that would significantly impact on the economy.

”There is need to fast-track infrastructural development at the Lagos Port, diversification programme, a market driven foreign exchange management, sustain and significant reduction in the cost of governance.