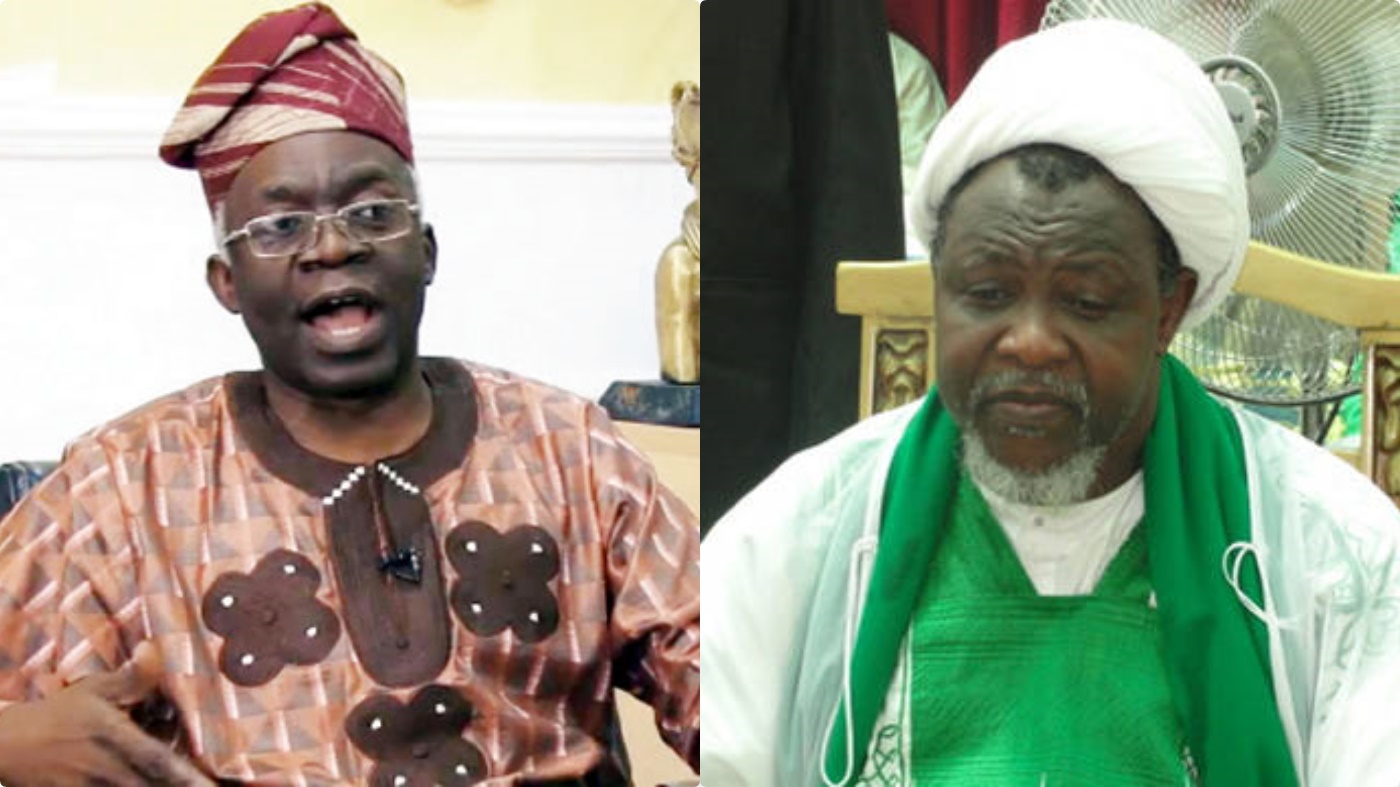 Activist lawyer Femi Falana (SAN) has warned that the federal government was preparing a fresh insurgency of the Boko Haram type with its handling of the Shiite leader Sheik Ibraheem El Zakzaky issue.

He warned that the continuous detention of Elzakzaky and killing of peaceful Shiite protesters by security forces could lead the country into another bloody insurgency war that it could not afford.

“This nation cannot afford another war of insurgency which is being provoked by the contemptuous conduct of the federal government in the handling of the case of the Elzakzakys,” Falana said.

Chronicling the arrest and detention of Elzakzaky and his wife Malama Zeinab on December 12, Falana said over 1,000 Shiites were reportedly massacred by soldiers on the orders of the Nigerian Army high command and given mass burial in an unmarked grave in Mango village, Kaduna State over allegations of attempt to assassinate Chief of Army Staff (COAS) Lt.-Gen. Tukur Buratai.

“Without any autopsy or identification, the slaughtered Shiites were given a mass burial in an unmarked grave in Mango village in Kaduna State.

“Even though the leader of the Shiites, Sheik Ibraheem Elzakzaky was not at the scene of the attack his residence was invaded by the rampaging troops two days later. The troops set the house ablaze, shot at Elzakzaky and his wife, Malama Zeinab Elzakzaky and killed three of their sons in cold blood in their presence.

“As if such barbaric assault was not enough the army arrested and held Elzakzaky and his wife in custody before handing them over to the State Security Service (DSS). At that stage, the houses of Elzakzaky and other leaders in Zaria were demolished by the Kaduna State Government on the orders of Governor Nasir El Rufai,” he noted.

Continuing, Falana said the state government constituted a judicial commission of enquiry after the massacre and the commission at the end of its assignment established there was no plan by the Shiites to assassinate General Buratai.

He said the findings of the commission revealed that 347 Shiites were massacred by the army in violations of the Army Rules of Engagement and the Geneva Conventions and called for the prosecution of those involved in the killings.

Falana said: “The detained Elzakzaky was prevented from responding to the allegations made against him and his group at the enquiry. But the judicial commission found that there was no plan by the Shiites to assassinate General Buratai.

“It was also revealed at the panel that 347 Shiites were massacred by the army in violations of the Army Rules of Engagement and the Geneva Conventions. Apart from condemning the brutal massacre of the Shiites, the judicial commission recommended that the culprits be prosecuted.

“Instead of implementing the recommendation by prosecuting the well-known murderers, the Kaduna State Government turned round to charge over 300 Shiites with the culpable homicide of a soldier who was killed by his colleagues during the attack.

“But the defence team convinced the Kaduna State High Court to free the Shiites as they were not involved in the commission of the offence. Accordingly, the charge was dismissed for want of evidence while the trial court proceeded to discharge and acquit all the defendants.

“Meanwhile, the suit challenging the illegal detention of Elzakzaky and his wife was decided in their favour by the Federal High Court on December 2, 2016. The Presiding Judge, Kolawole J. (as he then was) directed the federal government to release the couple from unlawful custody, pay them N50 million reparation and provide them with a temporary house since the army had burnt down their personal residence. “But the Buhari regime has characteristically treated the court orders with arrogant contempt. Curiously, the Court of Appeal has refused to hear the application to commit the Director-General of the State Security Service for contempt of court.

“Upon our legal advise the Shiites approached three separate High Courts to challenge the violation of their right to assemble and protest peacefully. The Shiites won the cases against the federal government as the courts upheld their fundamental rights to freedom of expression, association and assembly.

“Hence, they have been charged with culpable homicide at the Kaduna State High Court for the death of the same soldier.

“Pending the trial, the team of local and international physicians who examined Elzakzaky and his wife on the orders of the trial court confirmed that their health has deteriorated and recommended that they be allowed to travel abroad for urgent medical treatment.

“In particular, Elzakzaky has lost an eye while he is the process of losing the other one. The wife can no longer walk as a result of the gun wounds inflicted on her during the military attack of December 2015. “Without adducing any reason whatsoever the federal government has ignored the recommendation of the physicians. The Shiites are currently protesting the refusal of the Buhari regime to release Elzakzaky and his wife from custody to enable them travel abroad to receive urgent medical treatment at their own expense.

“Elzakzaky must not be allowed to die due to medical neglect as it may provoke a crisis of monumental proportions. Therefore, the federal government should implement the unanimous resolution of the House of Representatives for the release of Elzakzaky and his wife without any further delay,” said Falana.