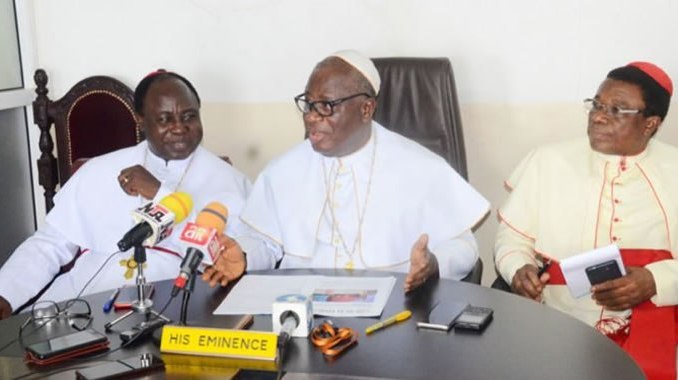 The UK’s Methodist Church on July 3rd, 2019 took a step closer to embracing equal marriage after members overwhelmingly backed a measure that opens the door to same-sex unions.

The motion, which passed by 247 votes to 48, “consents in principle to the marriage of same-sex couples on Methodist premises… and by Methodist ministers, probationers or members.”

The vote does not automatically mean same-sex weddings are permitted yet because the proposal will require a second vote at the July 2020 conference.

But reacting to the decision, Prelate of the Methodist Church in Nigeria, His Eminence Dr. Samuel Kanu Uche, told reporters last week in Lagos the move is satanic ploy “coming from the pit of hell.”

“The decision is morally and spiritually depraved. If they go ahead and ratify the act by 2020, we’re ready to sever our relationship with them”

“To us, same sex Marriage is not only illegal in Nigeria but totally against the teachings of our Lord Jesus Christ. I wonder where the idea is coming from because it is not in the bible, therefore we condemned the decision, and will never be part of such demonic arrangement.”