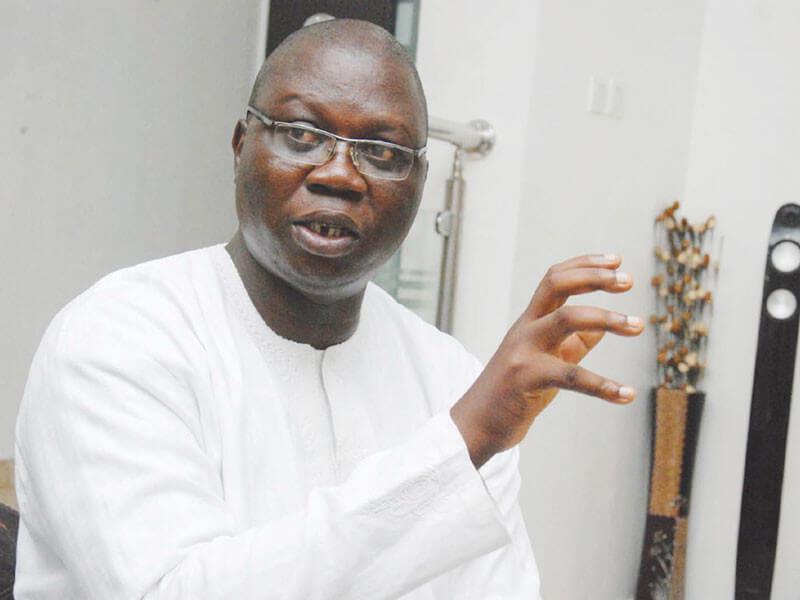 Gani Adams, aare onakakanfo of Yorubaland, says the Yoruba ethnic group should not be blamed if it decides to react to the killings in the region.

He was reacting to the killing of Funke Olakunrin, the daughter of Reuben Fasoranti, leader of Afenifere, a pan-Yoruba socio-cultural group.

She was shot dead by armed men along Benin-Ore road on Friday afternoon. Yinka Odumakin, spokesman of Afenifere, attributed the incident to herdsmen but TheCable could not independently verify his claim.

In a statement by Kehinde Aderemi, Adam’s media aide, said the Yoruba race was not short of ideas needed to put an end to atrocities in the region.

Adams, who is the leader of Oodua Peoples Congress (OPC), described the death of Olakunrin as an invasion of the peaceful atmosphere of the south-west region.

“We only want the whole world to know what has been done and being done to our people. They should be aware of the actions that preceded our reaction when it eventually comes,” he said.

“We are not bereft of ideas of how to stop this criminality on our land. It is just so that we should not be blamed when the reaction comes.

“We are like the proverbial goat that it being chased. When it gets to the wall, it will certainly react. We are at that stage now.”

He commiserated with Fasoranti, praying God to comfort him and his entire household.

“Papa, this is a very trying time, but it is certain justice will come,” he said.

The youth wing of the Ohanaeze Ndigbo, apex Igbo socio-cultural organisation, had reacted to the killing, saying it could spark another “tribal war”.

READ  Nursing Mothers Will Soon Be Banned From Bringing Their Babies To Their Offices In Delta State.