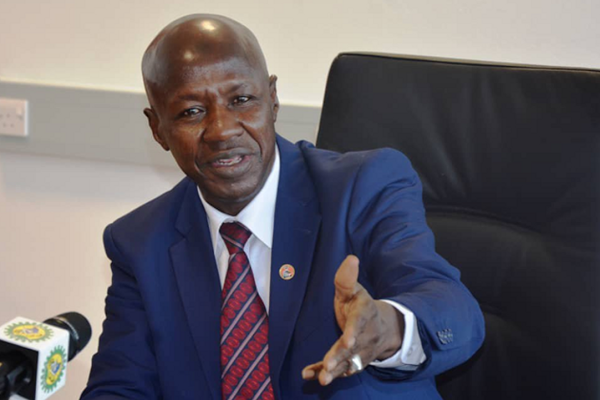 He, however, said the commission has the determination to push the war against corruption to its logical conclusion, expressing regrets that it has been difficult repatriating stolen public funds and assets in safe havens abroad.

Magu, who made the submissions in an address at the 3rd African Anti-Corruption Day in Abuja by the EFCC, said Africa needs all her assets back.

The Roundtable Discussion was designed to mark the 3rd African Anti-Corruption Day.

He said: “Today more than ever before, we need more collaboration. When government agencies, different bodies, continents and countries partner and synergise on collaborative ventures like this, the benefits are enormous.

“There is no greater way to see government policies in action than this layer of collaboration. I believe that others would explore this kind of synergy to fast track efforts being made towards curbing corruption and achieving overall development across the African continent.

“Thus, this new synergy on Asset Recovery between stakeholders is particularly necessary as I believe it will spur the development of a framework that will be mutually agreed upon and will have lasting impact.

“I firmly believe that the resolutions of this dialogue will undoubtedly create effective multi-stakeholder cooperation.

“This synergy has become absolutely necessary because the forces that we are up against are powerful and have enormous resources which they are ever willing to deploy in their never-ending efforts to frustrate the war against corruption.

“We need the support of all stakeholders if we are going to prevail against the forces of retrogression. I take encouragement and inspiration from the presence of all representatives here and do indeed bid us all very productive deliberations and welcome to the dialogue.”

Magu expressed concerns that it has been difficult to repatriate assets stolen from Africa but stashed in safe havens abroad.

He said: “Corruption affects the security of a nation as we have experienced in Nigeria in recent times. The situation distorts the stability and national economic planning process; as a result of the review of priorities to accommodate dire security challenges given the constitutional imperative which places a premium on the security of lives and property as the critical function of government.

“We have to come to terms with the fact that organized criminal groups have developed intricate channels of illicit financial flows that deprive African economies of crucial resources for development.

“Such resources end up in safe havens across the globe. We often have challenges in recovery of the assets stashed away in some of these countries.”

He pleaded for cooperation with anti-graft agencies in the country, especially EFCC.

The EFCC boss went on: “However, we have long come to the realisation that one person, continent, agency or country alone cannot fight corruption and win.

“I appreciate everyone here present, for this collective endeavour aimed at facilitating the growth and development of the African Continent. We should, as a people, be challenged to do this continually for the present and future generations of our continent.”

A former Minister of Foreign Affairs, Prof. Ibrahim Agboola Gambari said: “Anti-corruption campaign is a unique war because it is a war without alternative to victory. It is a war we must win.

“We must give support to President Muhammadu Buhari. We must join him in reversing the inheritance of poor governance in our country.

“Buhari is the flag bearer but where are the other flag bearers in the 36 states, all local governments and in Ministries, Departments and Agencies (MDAs). We must give him the encouragement that he needs,

“The elite have to decide whether they want to be part of the problem or solutions.”

Gambari, who insisted that “not all Nigerians are corrupt”, said “we must have a system of reward and punishment to discourage corruption.

“It is not about arresting, prosecuting or jailing corrupt elements, we must encourage the honest and incorruptible ones.”

In his contribution, the new Group Managing Director of the Nigerian National Petroleum Corporation (NNPC), Mr. Mele Kyari, said the President has never asked the corporation for any favour since he was elected in 2015.

He said: “The President has never asked to do anything for him in our transactions and he does not interfere with what we do. We will do our best to be transparent and open on whatever we do. We are accountable to this country.”

Kyari, who led an 11-man team to the session, said: “NNPC is the focal organization for the Open Government Partnership. Whatever we are doing, we will make sure it is open.

“I urge all of us to be part of the anti-corruption campaign. Corruption can only thrive where there is discretion. We have reduced discretion to the barest minimum in what we do.”

Also, Lt. Gen. Lamidi Adeosun, who represented the Chief of Army Staff, Lt. Gen. Yusuf Buratai, said: “If we want to assist ourselves and assist the government to fight against corruption, all of us must get involved right from here.”